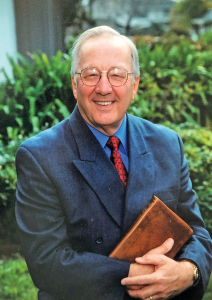 Karl Overbeek is fond of saying that he received all of his formal education within three miles of his boyhood home—his path wound from Holland Christian High School to Hope College to Western Theological Seminary, all in Holland, Michigan.

His winsome personality was shaped in large part while working in Charley’s Market, his father’s grocery store, where his father continually emphasized the critical importance of customer service.  His father’s advice served him well, as Karl never met a person he couldn’t engage in conversation (nor a dog he couldn’t befriend!). 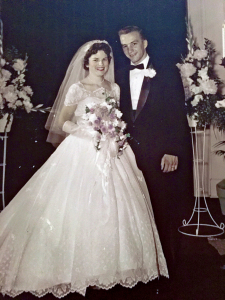 He met his future wife, Ruth Ann, at Holland Christian High School and entered Hope College in 1958 with the intent offollowing his Uncle Ernie into medicine. He and Ruth Ann married two years later. By his junior year Karl strongly sensed God calling him into a career as a “doctor of the soul” rather than the body, and so after graduating from Hope, he entered WTS in the fall of 1962.

Following his first year of seminary, he took a summer assignment with Rev. Jay Weener at Parkview Reformed Church in Santa Ana, California. After his middler year he accepted a year-long internship at Parkview. This experience greatly influenced his ministry perspective.  Southern California was a budding mission field, and Karl and Ruth Ann became immersed in a multi-cultural church and community.

Karl reflects, “Every aspect of life—including my ministry and the community—was refreshing, challenging, and energizing.” He became acquainted with the concept of a “seeker-friendly church,” pioneered by Robert Schuller at the neighboring Garden Grove Community Church (later the Crystal Cathedral). Karl recalls several Schullerisms that served him well during his career, such as, “Always make the right decision before you tackle the details” and “Inch by inch anything is a cinch.” 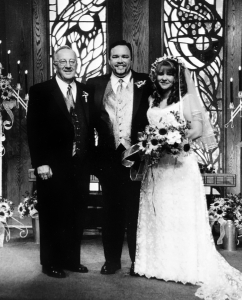 Officiating at his son Nathan’s wedding, 2002

After completing his M.Div. in 1966, Karl accepted a call from the North Grand Rapids Classis to plant Resurrection Reformed Church in Flint, Michigan. Reflecting on this experience, Karl says, “I knew, but did not fully understand, how much reliance upon the Lord mattered. I knew it in my head, but didn’t understand it enough in my heart…  I had to learn a lot of lessons—patience, trusting the Lord for provision, navigating the people issues on all levels, working with a consistory, creating a positive image in the community, being relational in a healthy way, and not being offended when people didn’t like me or our style of doing church.”

After launching the church in Flint, Karl accepted a call to Winding Way Community Church in Carmichael, California, in 1971. Worship attendance exploded after he arrived, from about 125 to over 1,000, and before long the existing facilities were inadequate. A 10-acre site a half-mile away was purchased in 1979, and a new sanctuary and education facilities were constructed. However, as the fire marshal was conducting a final inspection a few days before the first worship service was to be held, he noticed smoke coming from an exit box. The entire false ceiling was super-heated, and the new sanctuary could not be saved. 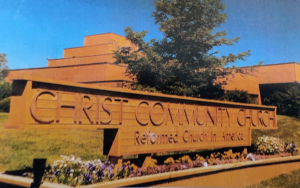 Rebuilding took another year. However, by then everyone in the region knew of Christ Community Church as “the church that burned.” As Karl says, “Despite the heartache, no amount of paid advertising and promotion could have produced the publicity that fire accomplished!” 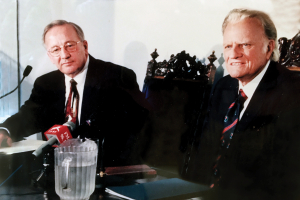 Press conference in San Francisco for the Billy Graham Crusade in 1997 It ended up being one crusade over a 6 week period in three locations: San Jose, San Francisco, and Oakland

During the Billy Graham Crusade in Sacramento in 1983, Karl met and became good friends with Larry Turner, a B.G. staffer. Through this relationship, Karl became a presenter at the Billy Graham School of Evangelism for the next 17 years, conducting classes twice a year in the U.S. and Canada on the “Art of Pastoral Care” and “Organizing the Pastor’s Personal Life.” Although he didn’t share every theological conviction of Billy Graham, Karl recalls that “not once was I told what I could or could not say,” and he gained enormous love and respect for the Billy Graham Evangelistic Association.

In 1984 Karl accepted a call to Second Reformed Church in Kalamazoo, Michigan, where he served for several years. From there he returned to California to the Church of the Chimes in San Jose. He served there from 1989 until his retirement from parish ministry in 2005. Immediately following retirement, he served for 14 years as Classis Minister for the Central California Classis and Regional Strategist for the Far West Synod. 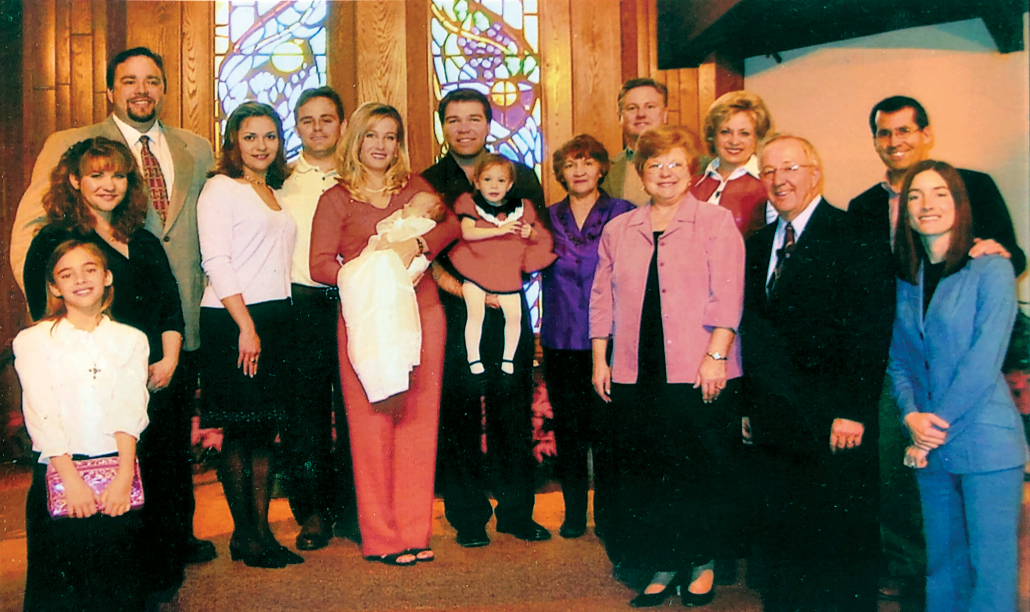 Reflecting on his 53 years in ministry, he cites the following as pastoral “take-aways”:

“Karl is a faithful, committed, and humble pastor,” says WTS President Felix Theonugraha. “He loves the Lord, he loves God’s people, and most importantly, he seeks to honor the Lord in all that he does. We are privileged to count Karl among our alumni and are overjoyed to name him the 2020 Distinguished Alumnus.” 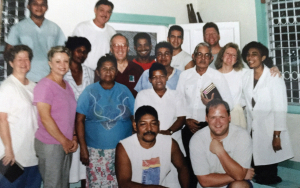 Mission Trip in the 1990s with the Miskito people

visionary, optimist, preacher of the Word 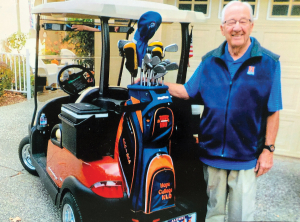 Now retired and living in Lake Wildwood, a golf course community, Karl has plenty of opportunities for golf and bass fishing. True to his Hope College roots, his golf cart and bag are orange and blue, and he plays only with orange golf balls.