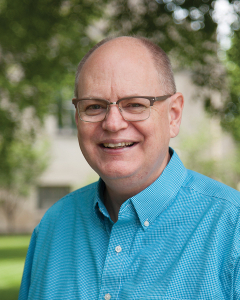 There were giants in the earth in those days – Genesis 6:4

I met John Hesselink the first day I ever set foot in Holland, Michigan. It was the summer of 1981, and I was contemplating moving to Holland to come on staff with Young Life and take classes at Western Theological Seminary. I met with Dr. Hesselink, along with Dr. Eugene Heideman, as part of my discernment process. A year earlier, I had graduated from Michigan State University. In four years there, I’d never even seen either the president or the dean. Now, as I considered coming to Western, both were sitting down with me.

Have you ever seen the 1970s movie The Paper Chase? Professor Kingsfield, played by John Houseman, is an imposing and dictatorial teacher, and we experience the first year of Harvard Law School through the eyes of one of his students, a young man named Hart. At the end of the movie, Hart winds up on an elevator with his stern and demanding professor. Hart tells Kingsfield, with whom he’s had numerous difficult encounters in the classroom, how much his class has meant to him. Kingsfield looks pleased, then turns to Hart and says, “Tell me, what is your name?” It’s a devastating moment. Hart has spent the semester obsessed with pleasing a teacher who didn’t even know his name.

That was NOT my experience at Western Theological Seminary! There were giants in the classroom then: legends like Piet, Osterhaven, Hesselink, and Cook. Over the course of my years at Western I realized these great teachers all had something in common: they knew and loved me and the other students. Because of my status with Young Life, I entered Western as a special student, which meant I could take any courses I wanted. Even though I was in over my head, I signed up to take Dr. Hesselink’s course on Barth and Brunner. I wanted to hear firsthand his stories about those two great theologians. Dr. Hesselink was kind and loving and patient, and with his help I not only passed, but learned some significant theology along the way. 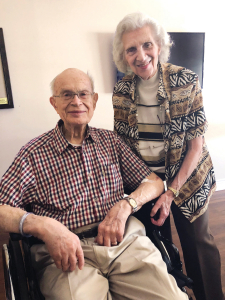 Fast-forward 31 years, and after a long career in Young Life, I came back to Western as an employee in 2012. There was Dr. Hesselink, seemingly unchanged, and still a vital part of this community. Something happened then that I never anticipated. My old professor became my dear friend. He gave me books, invited me out for pancakes at Jackie’s, and I was able to take him to Detroit on a couple of occasions to see the Tigers play. Slowly, I even worked up the courage to call him “John” instead of “Dr. Hesselink.”

I went to visit him a couple of weeks ago when he was in Holland Hospital. Unbeknownst to me, I arrived just as he was about to be moved to a skilled nursing facility. His room was swarming with medical personnel as he was being prepped for the move. “Stop,” he said. “I have to ask Jeff a question.” All the activity ceased, and I sat down next to him, eager to hear whatever important thing he had to say. He proceeded to ask me a question about the Detroit Tigers.

I will treasure that moment forever. John Hesselink was a great theologian. But he was also a real person. I loved him and I know he loved me. We were friends. I miss my friend.