Discerning God’s call can be challenging, to say the least! Formation for Ministry at Western recognizes that you might appreciate some guidance along the way. Here formation for ministry means. . .

Beginning early in your seminary journey, you will engage and explore your call in a supervised ministry setting with a mentor and peers. Western is committed to providing you with just the right place and space to nurture your call to ministry. 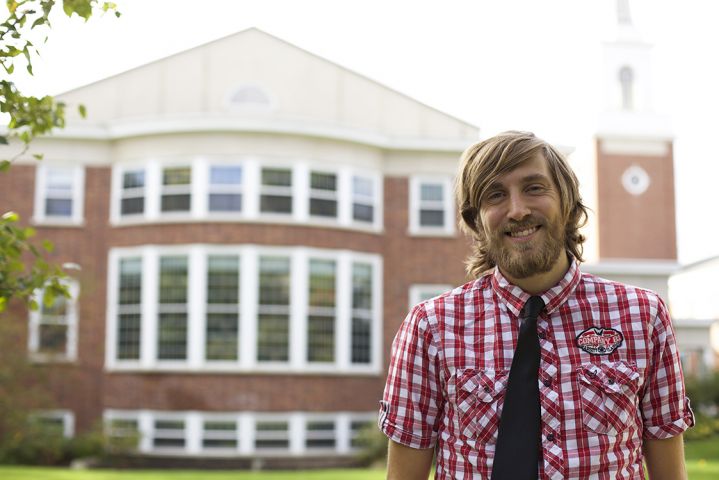 The internship that M.Div. student Jeffrey Hubers had at Riverview Reformed Church in Yankton, South Dakota was no summer vacation—but the relationships he made and the ways he experienced God’s love will affect him forever.

Jeffrey had been excited about the preaching aspect of his internship but intimidated by the idea of pastoral care.

“I was being handed an entire congregation—yes, it was small, 100 people—but suddenly I was responsible for them,” he explains. “I was called to love and serve and give my life to these people—even if it was just for three months—that’s huge. But God is so faithful, and that really is the theme of my summer.”

Within those short months, Jeffrey performed two funerals and comforted a family who lost their son in an automobile accident. As challenging as his internship was, Jeffrey says it has given him a passion for pastoral care, which he wouldn’t trade for the world.

About three weeks into his time in Yankton, Jeffrey met an elderly woman who was battling cancer. As he was visiting with her and her husband at the hospital, the doctor came in and asked, “Is this a good time?” The couple nodded toward Jeffrey and said, “It’s okay. He’s our pastor.” Then the doctor told them that she had fought hard, but the fight was done.

“Everything changed in that moment,” Jeffrey recalls. “I didn’t have any words… No one tells you what it’s like when someone faces death. What do you do? So I read some scripture—I read Psalm 23, and I was crying because my heart was broken.”

During those moments, Jeffrey prayed that God would help him to be calm and give him a voice for the people whom he had grown to love, and God answered.

“God is not absent from us in our sorrow. God is with us, our Emmanuel, and that was a beautiful thing to experience. It was such a privilege for me to be able to enter this family’s life at such a time,” he says.

Jeffrey took on the role of head pastor while Riverview’s pastor was on sabbatical. Because one of the pastor’s normal roles was as the chaplain for Yankton’s fire department, Jeffrey served there as well.

When a 27-year old man was killed after rolling his car, Jeffrey accompanied the deputy fire chief to break the news to the man’s family.

Again, Jeffrey prayed that God would give him the right words to comfort the family. He prayed with them that peace would eventually come into their lives.

In addition to some grim periods of the summer, Jeffrey also had a lot of fun.

He got to work with the youth group and prepare them for “Rocky Mountain High,” an RCA retreat that takes place in Colorado every three years.

He remembers going to the retreat when he was young and the impact it had on his own faith. When the students returned, he asked them to lead worship and share about their experiences in front of the whole church.

“These youth, these brothers and sisters in Christ, are not the future of the church—they are the church now. And they are on fire for Christ,” he told the congregation.

Now that he’s back in Holland, Jeffrey has returned to serving at North Holland Reformed Church as his teaching church. His experience in Yankton has continued to have an effect on his seminary studies as well as his service at North Holland.

“I’ve tasted what it’s like to be loved by people and to be loved by God so completely that I just want that to be the guiding point for where my life will go,” he says.  “People died. People got sick. Real life happened. How do I live that out now at North Holland? How do I live out this faith that I’m learning more about? How do I truly profess Christ as Lord of my whole life?”

Jeffrey is staying open minded to wherever God calls him. He has a year and a half left in seminary, but says that he’s in “a gray area” when it comes to what’s next.

“I could go anywhere because it’s a big world, and I have lived in just a tiny piece of it,” he explains. “I know that wherever I’m at, God is there.”

(from the Fall 2014 Commons newsletter)

3. To engage in theological reflection on ministerial experiences

Components of Formation in Ministry 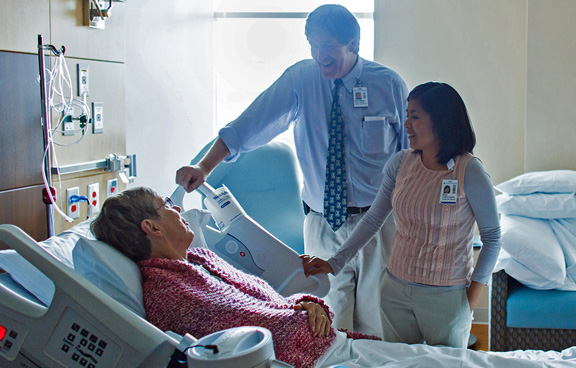 Internships are part of the formation for ministry process at Western Theological Seminary and provide a breadth of experience while going deep through the use of learning covenants and case studies of actual ministry experience.

Distance learning students participate in six 130-hour units of a supervised in-ministry experience during the five years of the program.

Ministry settings may include:

Matching students and ministry sites is an important part of the WTS educational experience. We want to discern the best ministry context for each student’s learning and to connect that student with an internship at a supervised ministry (or “Teaching Church” site). Students can suggest ministry sites that interest them.

The process begins by completing the “Application for Internship” online form. This form serves in the discernment process for matching students with sites. If you have questions regarding the form or ministry site, please contact Beth Smith at beths@westernsem.edu or 616.392.8555, x131, and she will be happy to help you.

Peer groups meet for personal support, reflection on ministry practice, and prayer. Care is given to maintain the same groups when possible through the first two years.

In-residence peer groups of about 6 students meet weekly and are guided by a mentor with ministry experience. Senior Master of Divinity students serve as facilitators for junior peer groups. Ministry professionals from the area are utilized for middler peer groups.

Distance learning peer groups are also guided by a mentor in ministry and meet during the on-campus intensives and on-line during the semester. 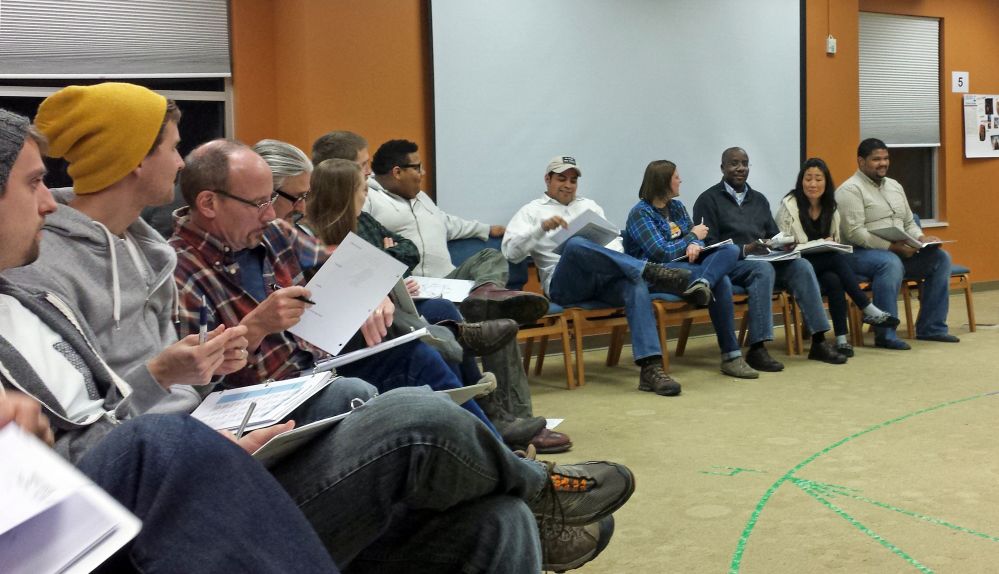 During J-term in the first year, students continue delving into their own self-disciplines and identity by attending a financial literacy workshop where attitudes and habits are discussed and practical tools are given. Then they go off campus for a Retreat for Christian Formation. This spiritual retreat uses autobiography, the spiritual disciplines, and engagement with peers to assist students in clarifying and embracing God’s call upon their lives.

In groups of 10-15 students with at least one professor as a guide, Western’s M.Div. students travel to other cultural contexts to experience the diverse character of the church’s witness and mission.

These 11-day trips present students with problems and opportunities posed by cultural differences, secularism, social fragmentation, religious pluralism, and ecumenism.  The trips are taken during the J-term for both distance-learning and residential students.

Our students have been immersed in cultures such as: 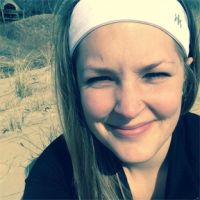 Participating in Clinical Pastoral Education (CPE) at Pine Rest Christian Mental Health Services during the summer of 2014 was one of the most formational experiences I’ve had during my seminary years.

There is an unfortunate misconception that CPE is only for those considering chaplaincy as a vocation; on the contrary, I wish the program were mandatory for all seminary students considering any vocation but especially those anticipating a pastorate. Every pastor must learn by doing, and every pastor needs to learn how to listen. It’s imperative for our future congregations that we be patient, empathic listeners. This summer gave me the opportunity to do just that.

The clinical method of learning lets students learn, put the learnings into practice, then debrief and reflect…then repeat. The experience was also invaluable for my formation as I continue to learn about myself and who I am as a minister. In addition to all of this, it allowed me to experience working with a particular demographic — those dealing with mental illness and addiction — which is marginalized in society but will be extremely prevalent in any church community.

I would recommend the experience not only for anyone but for everyone considering entering the ministry.

I entered into seminary firm in my belief that I wouldn’t want to work in a parish setting. Yet I found myself two years later seeking a call to a church in the PCUSA, and I can point clearly to my summer of CPE for making this 180-degree turn in my ministry. I had no idea that spending eleven weeks with Karl Van Harn and my fellow students at Pine Rest would so dramatically impact my life and call. I was fortunate to be a part of a new program Rev. Van Harn developed in which students complete their CPE work through a partnership with a local church. Through my work with Westminster Presbyterian Church, coordinated by Pine Rest, I was able to minister to parishioners at four different hospitals, Pine Rest’s facility and local retirement homes.

I vividly remember my first solo visit to a parishioner in a local hospital. I entered her room with great trepidation but was welcomed in as if I was a life-long friend. I don’t remember the words that I said, but will never forget the way that this woman that I was going to minister to instead ministered to me. As I walked to my car I felt tears streaming down my face as I wondered why I was so blessed to have this encounter with one of God’s saints.

Through the weekly meetings with my colleagues at Pine Rest and in-depth discussions about my ministry with Karl Van Harn I discovered my passion for pastoral care and now wonder why I would have considered anything else.

Though rewarding, CPE was also one of the most difficult summers of my life as I dove even deeper into my family history and sought to discover my own “metaphor for ministry” while also tending to parishioners in their time of need. There were days that I wondered how much more emotional turmoil I could handle, but then another saintly parishioner would welcome me into their lives as I sat and prayed with them at their bedside.

The amazing structure of CPE created space in which I could discuss my interactions with the parishioners so that I could examine ways to improve my pastoral care and hear stories from my colleagues who had been in similar situations. This level of introspection and support allowed my to extend outside of my comfort zone and develop in ways that I never thought possible.

There is not doubt that without CPE I would still be declaring that I would never work in a church. But with CPE, I have found where the deepest desires of my heart line up with God’s greatest needs.

(Ryan Donahoe became the pastor of First Presbyterian Church in Petoskey, MI in June of 2015)

For more information, see the Association for Clinical Pastoral Education.

Please reach out if you have any questions. 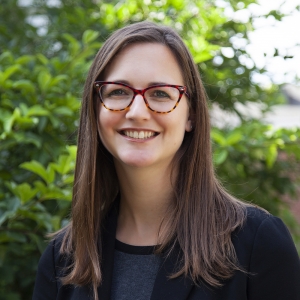 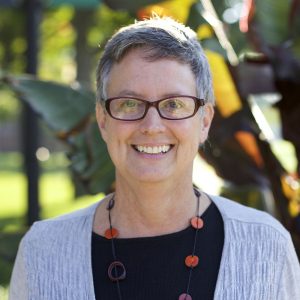 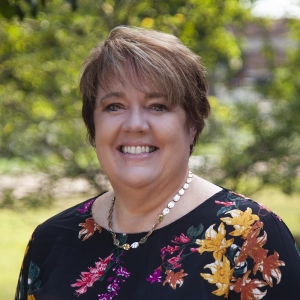