Former Grand Rapids Mayor, Rev. George Heartwell is a graduate of Western Theological Seminary (’88), who for 14 years led Heartside Ministries, working with and advocating for the city’s most disadvantaged residents. He also served two terms as City Commissioner from 1992-1999, before being elected mayor in 2003. Rev. Heartwell was Grand Rapids’ longest serving mayor, serving until 2016 and focusing on issues like sustainability, social justice, and community development.

“I believe that politics, narrowly defined, has no place in the pulpit. That said, to not preach a prophetic gospel is to diminish and de-fang if you will the power of the Gospel. The pastor in her or his preaching has to walk that really really difficult line between not being political, but being prophetic.” -Rev. Heartwell 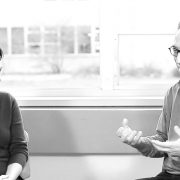 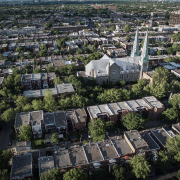 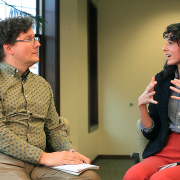 Episode 5.7: David Dark on Pop-culture and Policy as Liturgy 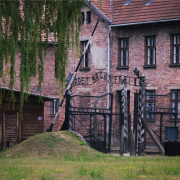