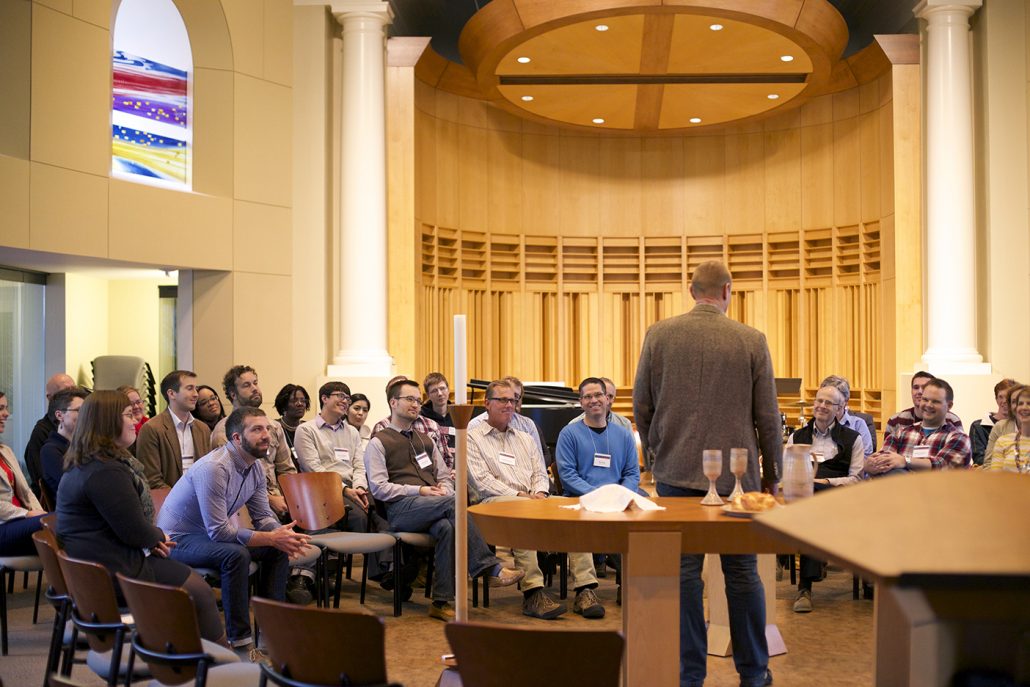 When the Rev. Lindsay Small began directing the Bast Preaching Initiatives in the fall of 2013, she was struck by the WTS learning model of continuing education:  Learning happens best as people learn together over time, in and out of specific contexts, and share that learning with others. Lindsay wondered, “How could this model be used for preaching?” 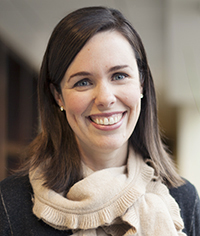 With fourteen years of experience as a pastor, Lindsay recognized that good preaching involves dwelling within Scripture, crafting a sermon carefully, and proclaiming the Word boldly.

With these values in mind and alongside a newly formed Bast Advisory Team of WTS personnel, pastors, and college professors, she developed a peer learning model around the concept of “Dwell, Craft, Proclaim.”

This model was used to shape three types of groups: Discern Groups for college students, Discover Groups for seminary students, and Dwell Groups for pastors.

Groups employ the three-fold pathway of Dwell, Craft, Proclaim to guide discussion, but use other resources, too. They begin at the Bast Preaching Festival in November and end at the following year’s festival.

“Early on I started imagining what it would be like to lead a group myself,” recalls Lindsay. “I was growing concerned by the number of female seminarians who dismissed their call to preach to God’s people. It was as if they felt it ‘too presumptuous’ to think that they could be preachers. I do not believe that every person called to ministry is called to preach, but I want these students to see that God’s call is wider than they had possibly imagined.”

In the following months, Dwell and Discern groups were established, each with about seven participants and one leader. By November, the groups were eager to begin at the Bast Preaching Festival, featuring Rev. Eugene Peterson.

On November 9, the festival kicked off with Rev. Peterson discussing his book, Eat this Book, with students from Central College, Northwestern College, Hope College, and Grand Valley State University. Twenty-six students are in Discern Groups.

“I am hearing our students engage one another about the call to ministry and to preaching,” said the Rev. Dan Claus, a chaplain at Hope College. “The diversity of interests in our group helps them gain new insights. The studio art major asks different questions than the philosophy major, and they are mutually enriched.”

WTS faculty and local pastors hosted workshops on preaching throughout the Bast Festival, and overall WTS welcomed 163 participants—a great increase from 55 festival participants the year before.

“So many preaching conferences fixate on techniques, pragmatics, tricks, and gimmicks,” said Jared Ayers, pastor of Liberti Church in Philadelphia. “The Bast Conference and these new collegial cohorts are deeply nourishing for Christian leaders living in a moment in which there is a ‘famine of hearing the words of the LORD’ (Amos 8.11).”

In the five Dwell groups for pastors, there are two local groups in Iowa, one regional group from the East Coast, and two national groups who meet monthly through web chat. That is 38 pastors in all, engaged on the topic of preaching.

The Rev. Small hopes the Bast Preaching Initiatives will continue to grow and bless participants. “I am excited for more and more people—pastors and students alike—to engage peer learning and preaching. We feel like we are just getting started!”

In 2015 a second Discover group for seminarians will be formed.

The 2015 Bast Preaching Festival will feature keynote speaker Anna Carter Florence. There, the Discern and Dwell groups will wrap up their year of learning, and new peer groups will begin.