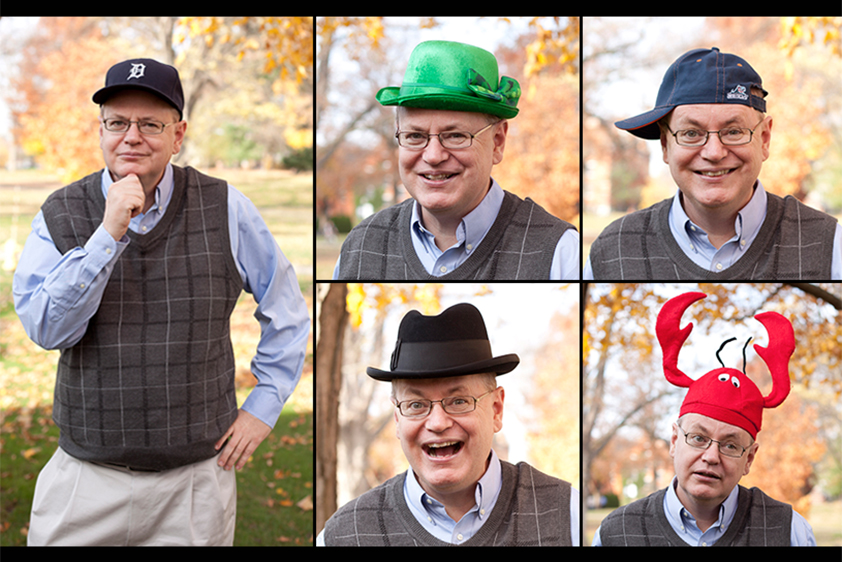 by Jeff Munroe, Vice President of Operations and AdvancementSometimes I feel like I wear as many hats as a hat rack. I have the privilege of being involved in lots of different aspects of Western—from fundraising to continuing education to admissions. One of the hats I most enjoy putting on is implementing the seminary’s strategic plan.I don’t expect all of you to be well versed in the plan. If you are a strategic plan geek like me, you can see the whole kit and caboodle here.There are five different areas of emphasis to the plan and 29 separate goals under the five headings. Although I love to expound at length about each part of the plan, today I want to emphasize one aspect: “Facility Expansion and Renovation for Living into the Vision.” There are two parts of that title I want to unpack. Let me start with the second first.By using the phrase, “Living into the Vision,” we are reminding ourselves that buildings are here to serve the mission and vision of the seminary. We won’t build for the sake of building; we’ll build for the sake of our students. Here’s an example of how this plays out: as you know, Western has made a strong commitment by launching the Graduate Certificate in Disability and Ministry. It is incongruent, then, for us to have entrances and other parts of the building that are inaccessible. We can’t have our buildings saying different things than our curriculum.

There is no doubt our facilities need attention. The main part of our building, created (just like me) when Dwight Eisenhower was President, has multiple heating and cooling issues, is not energy efficient, and in many places is just plain worn out. While that is true, we have even more pressing needs with a newer part of our building. The tower that holds the Cook Center for Theological Research and Beardslee Library has problems. The building opened in 1981, just before the digital technology explosion. Think of it—when that building debuted no one had a personal computer, cell phone, Kindle or iPad, and no one had heard of email or the Internet. Since our library was built, a technological revolution occurred in the way we access information. 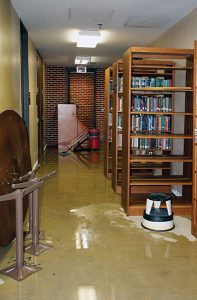 It gets worse. Within a few years of opening, we began to have water issues in the building. It began flooding after heavy rains. The flooding eventually caused the seminary to stop using the building’s basement. That space, which was originally designed with observation laboratories for teaching pastoral counseling, has been abandoned. Throughout the building, moisture not only comes in through the ceilings and windows, it comes straight through the brick exterior. It is impossible to keep the building humidified in the winter and dehumidified in the summer.

Eleven years ago some of the brick facade of the building started splitting. The problem was rust on the steel frame behind the bricks, which was forcing the bricks apart. We spent $100,000 back then fixing the problem. This year we have learned the entire steel frame of the building is coated with rust. To fix that would involve removing every brick on the tower and cost over one million dollars. Even if we did that, there is another issue that would need to be addressed to continue to use the building. The mechanical systems that are housed on top of the tower provide HVAC for the entire seminary and need to be replaced. We need 13.5 feet between each floor to have adequate space for the ductwork that a new mechanical system requires. We have 12 feet of space between each floor.

As a result of these realities, the seminary’s board of trustees has instructed us to develop a plan for a new learning center/library that does not renovate the existing tower but replaces it. Our plan is that sometime in the not-too-distant future the library tower will come down.

For several months, a team of seminary faculty, staff, and board members has been working to prioritize and balance the need to replace our existing library with the pressing needs of the older parts of our facilities. We’ve been working with an architectural firm and construction company as we sort this all out. At the same time, President Brown and I have been working with our development staff and a consulting firm doing feasibility on a capital campaign to support not only our building needs but all parts of our strategic plan.

We’re not ready yet to go public with either our building plans or our campaign goals. In other words, to keep with the opening image of this article, keep your hat on. Stay tuned to future issues of The Commons for more information. And please, as always, pray for your seminary as we figure out the best ways to move forward. 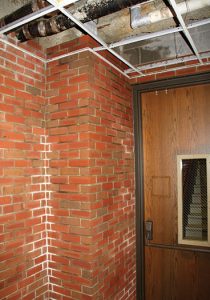 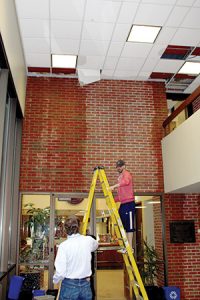 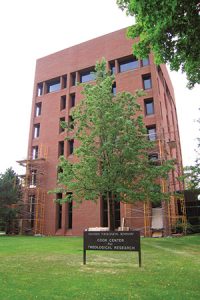 A Student’s Story: Godfrey Kyome Rediscovering the One God: Mere Monotheism and the Triune God