Photo: Dr. Brown introduces Felix Theonugraha, the next president, to the distance learning students on campus for Intensives in May. 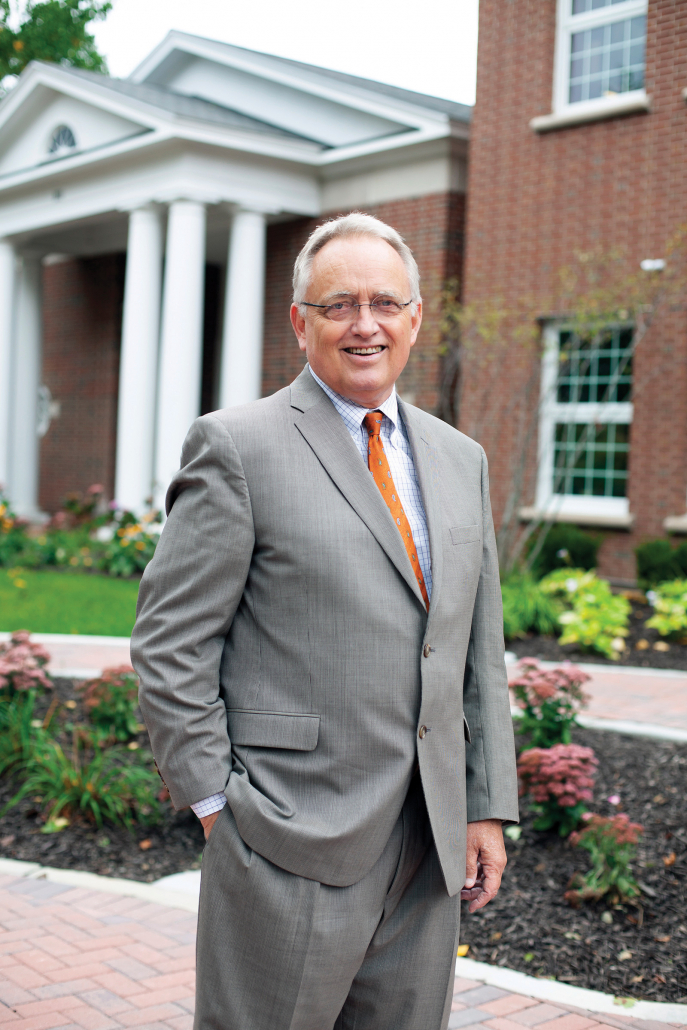 Back in 2008 when Dr. Timothy Brown was told he had been selected as the next president of Western Theological Seminary, he thought of The Pilgrim’s Progress and Christian’s exclamation: “I rejoice and I tremble!”

Over the last 11 years, those words proved prophetic, as there were days of celebration as well as sleepless nights bearing the weight of presidential responsibilities.

The month he took office, July 2008, the stock market tumbled 1500 points. By the end of that year, the WTS endowment had lost 30% of its value. At the next Board of Trustees meeting, the new president—with only seven months in office—was told to trim half a million dollars off the budget. He did so, making many painful, difficult decisions.

“That year Nancy and I had dinner with Max and Esther DePree,” Tim recalls. “I remember kind of crying in my soup, ‘Nobody likes me!’ and Max said, ‘You know, Tim, boards don’t hire presidents to be popular, and they rather like it if they’re not.’ Well, that jolted me to my senses!”

After that, as Tim describes it, “The Lord took over in terms of our balance sheet.” Donations to the seminary rose, even in the midst of a recession.

That time of trembling led to rejoicing. Dr. Brown led the effort to raise funds to transform the John R. Mulder Chapel. Completed in 2012, the chapel is a beautiful artistic expression of our worshipping community’s theological values.

Later, he led the Development team in raising $27 million for a combined building and endowment campaign, which resulted in a totally renovated campus with a new learning center.

“I have thrilled to relationships with donors,” Tim says. “There is nothing more satisfying than casting a vision of what we’re doing, asking friends to help us, and hearing them say yes. The whole seminary is different now, thanks to them.”

Tim Brown’s dream from the beginning was simple: “I wanted us to flourish as an evangelical, Reformed seminary.”

Tim has kept connected to the inner workings of a church in a unique way. Every Saturday morning he talks with his son Jon, the pastor of Pillar Church, and they go over Jon’s sermon for the next day. Tim loves that.

With his love for the spoken Word, he has kept his own heavy preaching schedule through the years. He especially enjoys preaching on college campuses and interacting with prospective students. He has continued to teach preaching classes while president and looks forward to jumping back into the classroom full-time with both feet.

“As I say to students, here is the exciting part: there are people you can reach that no one else can. You have a unique personality, way of speaking, and skillset the Lord wants to use for a particular purpose! Take that seriously. I’ve always thought my job as a professor of preaching was to find out how each student can preach—what’s their style?—and then release him or her. It’s fun!”

Dr. Brown will be on sabbatical during the fall semester, preparing for his return to teaching. He will also travel and enjoy time with his wife, Nancy, who has been such a wonderful, supportive partner through all the years.

His advice to the next president?

A way to honor the presidency of Dr. Timothy Brown

2009 In February, the library floods; in June the lower level of the DeWitt Theological Center floods and is under 3 feet of water

Successful completion of Our New Day campaign with over $27M raised

A NOTE FROM THE PRESIDENT: 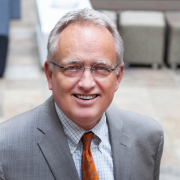 This will be my last “Note from the President” before leaving this office officially on June 30. I have made my living speaking words—words in classrooms raising up new leaders for the last 24 years, words in pulpits of dozens of RCA congregations encouraging them to be all they can be in Jesus Christ, words in faculty and staff meetings sitting with great teachers and administrators who make Western Theological Seminary what it is, and words in board meetings with wise and generous men and women who have freely offered up their wisdom and wealth to lead us in becoming one of the finest seminaries in North America. Yet, right now the only words that I can think to say are “thank you a thousand times over.”

It has been a great honor to be the president of Western Theological Seminary, and now I am eager and grateful to be handing it all over to Dr. Felix Theonugraha, currently the Vice President for Student Life and University Ministries and Dean of Students at Trinity International University. He, like Barnabas in the book of Acts, is “a good man, full of the Holy Spirit and faith.” He is a wise and experienced leader who loves the Lord and is passionate about raising up future leaders for the work of the gospel in the church and in the world. I bless the Lord for him and am eager to return to the faculty to support him and our school in any way necessary.

From the bottom my heart, “thank you!”