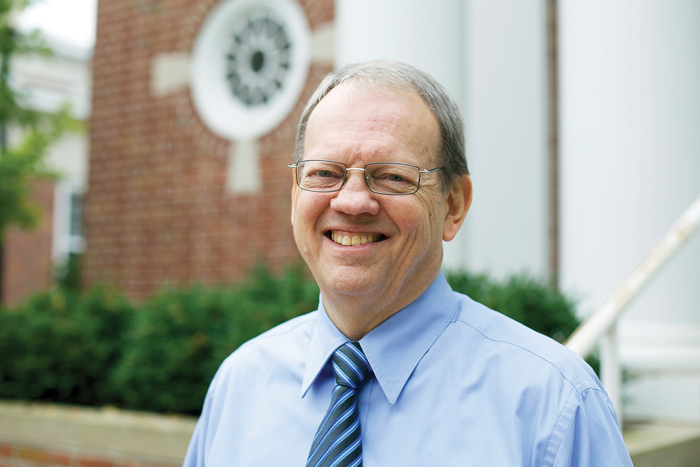 After 25 years teaching Missiology at Western Theological Seminary, Rev. Dr. George Hunsberger is retiring. Please join us for his last lecture, as he discusses what difference it makes when you put the word “missional” in front of the word “church”.

A “Last Lecture” given by Rev. Dr. George Hunsberger, Professor of Missiology

Reception following in the Burggraaff Atrium

At the end of the day, I see myself as a “foreign missionary” to my own country. —George Hunsberger

Dr. George Hunsberger has worn many hats at the seminary, gaining admiration as both a professor and a colleague. After 25 years at WTS, the Florida-bred missiology professor is retiring.

When George was five, he moved from a small-town in Pennsylvania to Miami, Florida. His family joined a vibrant Presbyterian church in Miami, where George’s faith journey began.

He attended Belhaven College in Jackson, MS during the heat of the Civil Rights Movement, and went from Belhaven to Reformed Theological Seminary, also in Jackson.

Following seminary, he worked with InterVarsity Christian Fellowship in Florida and then as a pastor in Biloxi, MS. During those years George had a feeling that God would eventually call him overseas.

In 1978-1979, George finally found himself in Kenya working with Ugandan refugees. On his return he was called to teach New Testament and missiology at his alma mater, Belhaven College. During the 1980s, George completed a Ph.D. in missiology and ecumenics at Princeton Theological Seminary.

In 1989, George responded to a Western Theological Seminary ad looking for a missiologist, and the rest, as they say, is history.

Many students from the 1990s remember the “Gospel, Culture, and Ministry,” class which George co-taught with Chris Kaiser, Tom Boogaart and local pastor Andres Fierro. Students learned that it is impossible to share the Gospel without also engaging one’s own culture. One of the class texts was the Holland Sentinel, followed by discussions about issues happening around the city.

The first group of students to take the course set up an all-seminary retreat, inviting speakers to talk about poverty and hunger in West Michigan. With the help of passionate students and faculty, WTS started the Community Kitchen just six weeks later.

The course was stirring things up.

From 1989-1994, George directed the Master of Theology (Th.M.) program. The 40-year-old program at that time only admitted international students, who took M.Div. courses and then wrote a thesis. After one dissatisfied South African student asked, “Is this really a post-graduate program?” it was apparent the program was in need of a makeover. George and a team of faculty members developed a new structure.

The next year they recruited eight students, including two North Americans. George and others taught new seminars that engaged cross-cultural dimensions in the church’s life. During the same time, George played a role on the seminary’s Program Cabinet that added intercultural immersion trips to the Master of Divinity curriculum.

In 1990, George invited renowned mission theologian Lesslie Newbigin to present the Osterhaven Lectures at WTS. George had met Newbigin during his Ph.D. studies and had written his dissertation on Newbigin’s theology. Newbigin had been a long-time missionary to India who wrote several significant books after he returned to England and discovered the loss of the Gospel’s influence on Western culture. Newbigin spoke to packed houses at WTS, and his Osterhaven lectures became the book, Truth to Tell: The Gospel as Public Truth.

In April of that same academic year, South African missiologist David Bosch, author of Transforming Mission: Paradigm Shifts in Theology of Mission, came to WTS to give six lectures.

“To many folks those names wouldn’t mean a lot, but to a missiologist it was the cream of the crop, twice over,” George says with a large grin.

Bosch died in a motor accident one year later. He was succeeded in his role at the University of South Africa by Sam Maluleke—the same student whose complaints had convinced WTS to revamp the Th.M. program a few years earlier.

Concurrent with these lectures, George served as coordinator of The Gospel and Our Culture Network (GOCN). In 1998, George and five other theologians published Missional Church: A Vision for the Sending of the Church in North America.

The Gospel and Our Culture Network, housed at Western, sent out newsletters that helped inspire Chuck DeGroat and Scot Sherman to start the Newbigin House of Studies in San Francisco.

“Quite a few of us were impacted by the writings of the GOCN in the late 1990s,” says Chuck DeGroat, now a professor at WTS. “The work informed a generation of church planters and planted seeds for visionary ideas like Newbigin House.”

In 2002, President Dennis Voskuil appointed George as the Dean for the Center of the Continuing Education of the Church (later renamed Journey Center for Learning). George expanded continuing education by focusing on the whole church with a special emphasis on mentoring.

From 2007-2013, George took the reins of the Doctor of Ministry program. He especially enjoyed the in-depth individual work with each D.Min. student.

George says his fondest memory of WTS is his relationships with other faculty: “There is always a sense of collegiality, a common heartbeat.”

In retirement, George and his wife, Katherine, plan to spend quality time with their children and grandchildren. In addition to speaking engagements and seminar leadership, George will be writing a book on “Contrast and Companionship: the Way of the Church with the World.” This will build upon his forthcoming Eerdmans publication, The Story that Chooses Us: A Tapestry of Missional Vision.

Dr. Carol Bechtel Heals with a Harp Fresh Energy in the Friendship House