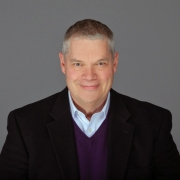 In a recent book, Kevin VanHoozer describes theologians who do their theologizing with the world looking over their shoulders. They commend, argue, urge, offer up, and call out to real people living 9-to-5 lives in the crucible of the real world. The stakes are high because the consequences are eternal. These theologians do not have the luxury of endlessly deferring arguments, because for them, the hour has come and the time is now. Like the Apostle Paul urging young Timothy to “come before winter,” there is an urgency about these theologians that you rarely see in others.

David Bast is that type of theologian. Through his countless journeys to the hard places of the world where most Western evangelists rarely go, Dave has been present:  Uganda, Armenia, Indonesia, Bhutan and so many more. Dave has preached the good news of Jesus in season and out of season and in multiple places around the world. For this we honor him as our Distinguished Alumnus of 2018. 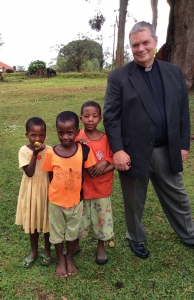 Dave and his wife, Betty Jo, live in Grand Rapids, MI. They are the parents of four children:  Andrew (married to Katie) who is director of development at WTS, Peter (married to Sarah), Jane (married to Lars Olson), and Anne (married to Paul Davis). Dave and Betty Jo have seven grandchildren.

In 1994 Dave joined Words of Hope, where he served as president and broadcast minister for 23 years. Words of Hope is a ministry affiliated with the Reformed Church in America that helps Christians use media to build the church in many difficult-to-reach places. Words of Hope has ministry partnerships that produce programs in over 50 languages, primarily in the Middle East, Africa, and Asia. In his retirement, Dave continues to co-host a weekly half-hour audio program called “Groundwork” that digs deeply into Scripture as a foundation for our lives. It is aired on 170 radio stations in the U.S. and Canada.

Dave with Jon Sherrill ‘99 and Jan Fields in Istanbul for an Iranian discipleship conference.

Another distinctive outreach dimension of Words of Hope is their teaching conferences in the Muslim world to strengthen and encourage Christian church leaders in Muslim-majority nations. Dave has logged well over a million miles traveling all over the world for the sole purpose of equipping local leaders to do their work where they live and in their own language.

I have joined Dave on several of these trips as a kind of “back up teacher” to lighten the load. They have been some of the most meaningful teaching moments of my career. I remember vividly sitting on the top floor of the Carlton Hotel in downtown Istanbul crowded around a conference table with 20 Christian converts from Iran, people who were previously Shia Muslims. They had come to Turkey for 4-5 days of biblical expositions by Dave and teaching on Christian practices by me.

Tim & Nancy Brown and Dave & Betty Jo Bast with the Mityana Diocese in Uganda, where WTS alum Stephen Kaziimba ‘03, ‘07, is the Bishop.

On one of our trips Dave did a series of expositions from Romans 5-8 that were the finest I have ever heard. I was stunned, transfixed really, as Dave went verse by verse through these remarkable chapters from the book that we love. My right hand flew across my note book growing weary from writing. In that moment I so deeply wished all my students could hear what I was hearing.

Dave with Dr. Kurt Selles, Executive Director of the CRC’s Back to God Ministries Int’l, meeting with radio listeners in Jharkhand, India.

In his classic work, The Pilgrim’s Progress, the venerable 17th Century Puritan preacher, John Bunyan, describes his ideal preacher and pastoral leader. He could have had Dave in mind when he said, “He had eyes lifted up to Heaven, the best of books in (his) hand, the law of truth was written upon (his) lips, the world was behind (his) back; (he) stood as if (he) pleaded with (all), and a crown of gold did hang over (his) head.” Dave has committed his life to embodying that portrait, and Western Theological Seminary blesses the Lord for the life and witness of the Rev. David Bast, proudly naming him our 2018 Distinguished Alumnus.