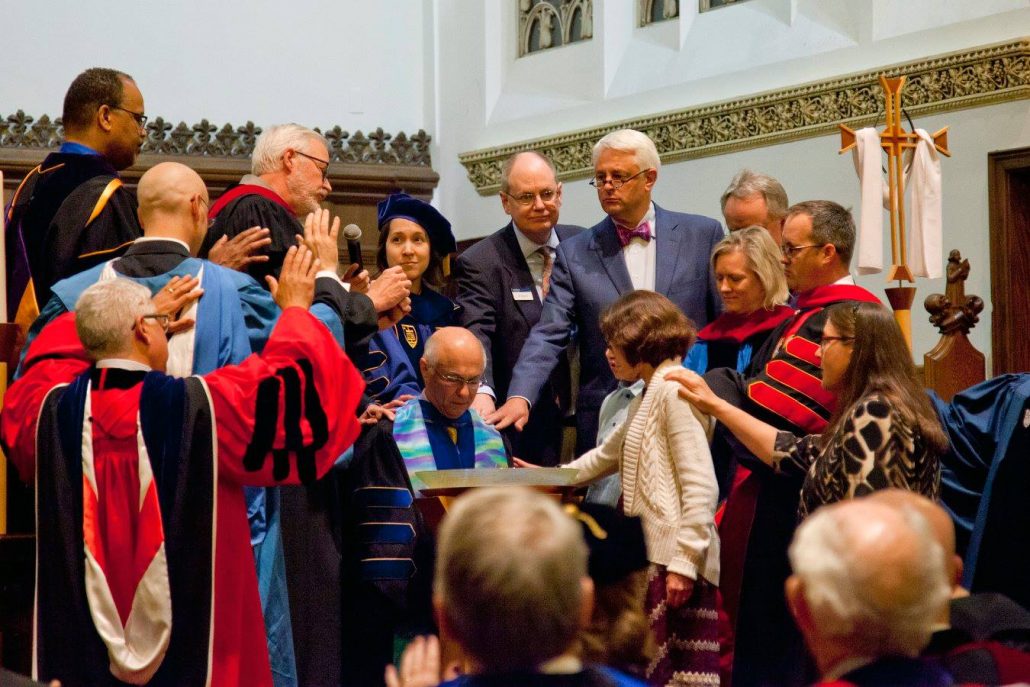 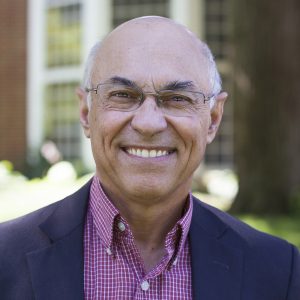 You might not expect someone who has spent decades enjoying the distinctive landscape of New England to jump at the chance to move to West Michigan, but Alvin Padilla did just that.

“When you take into account what God is doing right here at WTS, it is undeniably the right place to be,” says Dr. Padilla. “The energy and passion to embrace what God is doing in the Church is so evident. I sense that God is about to do great things right here, and I simply want to be part of that!”

In July the seminary welcomed Dr. Alvin Padilla to campus as our new Academic Dean and Vice President of Academic Affairs.

Alvin was born in Ponce, Puerto Rico, an important trading town resting by the Caribbean Sea and founded in 1692 by the great-grandson of Juan Ponce de León. When he was born, doctors said he wouldn’t live long; however, their diagnosis proved untrue, leading Alvin to grow up believing God spared him for a unique purpose.

His blue-eyed mother’s ancestry traced back to Spain, and his father was the grandson of a slave brought to the New World. His dad had a strong work ethic, instilling in his ten children that “one of the worst things in the world is a man who can’t provide for his kids.” He worked hard at the docks unloading ships, getting there by 5:00 each morning, often after having a cup of coffee with young Al.

Alvin’s father was also a medium, practicing Santería, a religion from West Africa syncretized with Roman Catholic elements. Al recalls accompanying his father as he performed séances all around the area. His father hoped Al would continue the Santerían tradition, but, by God’s grace, that was not to be.

Though baptized Catholics, neither Alvin nor his family attended Mass regularly. Being curious about spiritual matters, one day around the age of 11, Alvin walked into a Catholic Mass and watched it being held in Latin. He heard a voice say, “This is where you belong.” After that he started going to church. Soon the family migrated to the United States and settled in Haverhill, MA, where Al served as an altar boy in the local church until the age of 18. His family would attend Mass just to see him serve.

Alvin’s mother passed away his senior year of high school. She did not live to see him become the first Hispanic to graduate from high school in the town of Haverhill. Against the advice of his guidance counselor (who didn’t think he should go to college), he applied to numerous colleges and eventually entered Villanova University in Pennsylvania. Knowing his father wanted him to be a lawyer, he began school as a pre-law major. Sadly, during his freshman year his father passed away also. Shortly after that, Alvin switched his major to secondary education and minored in history.

After graduating from college, he returned to his hometown of Haverhill and became a community organizer, dedicating himself to improving the quality of life for the quickly growing Latino population and the wider community. Alvin had a secret ambition to become the first U.S. senator of Hispanic origin.

One day, while praying and walking around, he passed a Pentecostal church and heard joyous, celebratory singing. He heard God say, “Come and see!” Although skeptical, he walked in and sat in the back. The people there knew him and were so stunned that they stopped singing for a moment. That day, however, placed him on the path toward Protestantism and a deeper devotion to the church and God’s people.

That Pentecostal church had energy for the kingdom of God and an emphasis on service. Alvin was soon asked to participate in the church and was developed as a leader. He became ordained in The Assemblies of God. The church empowered people and relied on God’s gifts from the Spirit, putting men and women in leadership regardless of training. His continuing work as a local leader soon highlighted the need for more education. After one year at a Spanish language Bible institute, he enrolled at Gordon-Conwell Theological Seminary, where he met his wife, Cathy. (Al and Cathy have five children and two granddaughters.)

After graduating from seminary, Cathy and Alvin were called to established the Spanish Eastern School of Theology in Swan Lake, NY. The school’s singular purpose was to prepare women and men for ministry among and for Latinos in

Alvin and Cathy Padilla with their family at their son’s wedding.

North America. Seven years later, Alvin and Cathy transitioned to Nyack College. While at Nyack, Alvin was ordained in the PC(USA) and called as solo pastor to the Fort Washington Heights Presbyterian Church in Manhattan. During this time he began and completed his doctoral studies at Drew University.

In 1997 Dr. Padilla shifted his full attention to a new position as Executive Dean and Associate Professor of New Testament at Gordon-Conwell Theological Seminary. He led the Center for Urban Ministerial Education (CUME—the Boston Campus) for 12 years. In 2010 he launched the Hispanic Ministries Program at Gordon-Conwell and became its dean, serving 400 students for the next six years and assembling an impressive faculty to teach the courses in Spanish and English. He remained connected to the church by serving two Presbyterian congregations as interim pastor during this time.

The faculty, staff and students of Western Theological Seminary are so pleased to have such an innovative and dynamic leader as our new academic dean. Dr. Alvin Padilla’s background and years of experience are sure to influence the future of this seminary in exciting and new ways.

Thanks for saying yes, Dr. Padilla!

The Installation of Dr. Alvin Padilla