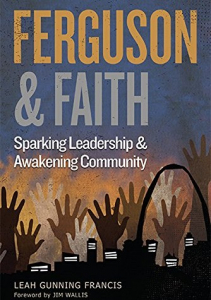 Five years have passed since the killing of 18 year old Michael Brown by a Ferguson, MO police officer.  Brown’s killing sparked a protest movement for racial justice that has not been seen since the Civil Rights movement.  In her book, Ferguson and Faith, Dr. Leah Gunning Francis explored the role of local clergy in this movement and the various ways their faith commitments compelled them to join in.  She has since reconnected with many of these clergy to learn about what’s been happening these past five years.  What have been some of the effects of this movement on the St. Louis region?  How have clergy continued to live out their public faith now that the cameras have gone?  In this lecture, Dr. Gunning Francis will reflect on these learnings and their implications for our nation for such a time as this. 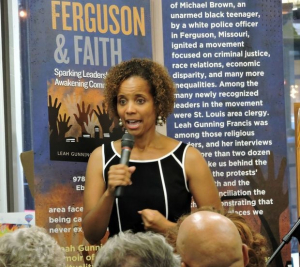 Dr. Leah Gunning Francis is the Vice President for Academic Affairs and Dean of the Faculty at Christian Theological Seminary in Indianapolis, Indiana.

Dr. Gunning Francis is also the author of the book Ferguson and Faith: Sparking Leadership and Awakening Community (Chalice Press, 2015). She interviewed more than two dozen clergy and young activists who were actively involved in the movement for racial justice in Ferguson and beyond. Dr. Gunning Francis researched and wrote Ferguson and Faith while serving as the Associate Dean for Contextual Education and Assistant Professor of Christian Education at Eden Theological Seminary in St. Louis, Missouri.

Ferguson and Faith is a collection of stories of courage and hope. Dr. Gunning Francis gleaned from these stories seeds of possibilities that, if nurtured, could serve us well into the future. These are the stories that were rarely imaged on television, yet they are integral to the fight for justice in Ferguson and resonate with the struggle for human dignity around the country.

In 2012, Dr. Gunning Francis was awarded the prestigious Engaged Scholars Fellowship to study issues of risk among middle-class African American young men. She argues that the meta-narrative about young black men puts all of them “at risk,” regardless of socioeconomic class, and utilizes the narrated experiences of black mothers to construct a new narrative about young black men that honors their humanity and is concerned for their well-being.

Dr. Gunning Francis’ additional research interests focus on transformative education as reflected in her doctoral dissertation, Beyond “Band-Aids” and Bootstraps: Toward a Womanist Vision of Christian Education as Social Transformation. Her writing reflects her commitment to the spiritual, emotional and physical well-being of women, men and children; and highlights her particular interest in underserved and minority communities.

Dr. Gunning Francis has provided pastoral leadership for congregations in Georgia, Illinois and Ohio. She has received numerous awards to include the Candler School of Theology’s G. Ray Jordan award for excellence in integrating academic study with constructive leadership and service, and the Fund for Theological Education’s Doctoral Fellow Award. In 2015, she was awarded an Honorary Doctorate of Humane Letters by Fontbonne University.

Dr. Gunning Francis earned a Bachelor of Science degree in Marketing from Hampton University; a Master of Divinity degree from the Candler School of Theology at Emory University; and a Doctor of Philosophy degree from Garrett-Evangelical Theological Seminary in Evanston, Illinois.

In this episode, WTS professor of practical theology and director of the graduate certificate in disability and ministry, Dr. Ben Conner sits down with Shari Oosting to discuss his new book, “Disabling Mission, Enabling Witness: Exploring Missiology Through the Lens of Disability Studies.”

In this episode, WTS professor of practical theology and director of the graduate certificate in disability and ministry, Dr. Ben Conner sits down with Shari Oosting to discuss his new book, “Disabling Mission, Enabling Witness: Exploring Missiology Through the Lens of Disability Studies.” 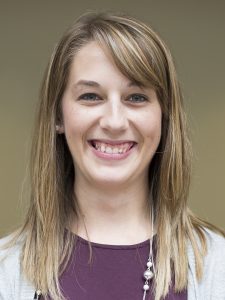 “Miss Shaelee,” she said, holding out a tan piece of construction paper, “I drew this for you!” 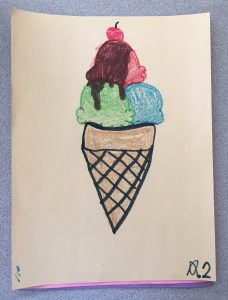 I put my arm around her little shoulder, looked over the ice cream cone masterpiece, and replied, “How did you know ice cream is my favorite food ever?! Like ever, ever!” Her brown eyes lit up with joy as she shrugged her shoulders, saying, “I don’t know… I just drew it!”

Recently I have been mulling over passages in Matthew 13. Jesus gives his followers a vision of the kingdom of heaven by using parables. He moves from mustard seeds to leavened bread to a merchant in search of fine pearls, even to a net that catches an array of fish.

Through these many visions, I always go back to this: “The kingdom of heaven is like a mustard seed that a man took and sowed in his field. It is the smallest of all seeds…”

The smallest of all seeds. It takes 185,000 mustard seeds to make one pound. If every person in Des Moines, IA was a mustard seed—it would only weigh one pound!

I learned in my internship that the kingdom of heaven is already present and moving. The stirring in our hearts helps us to step in—to actively participate in the coming of God’s kingdom. What “surprisingly surprised” me is that this movement is not fast, loud, or big. Rather, it is fairly slow.

Getting to know kids, getting a glimpse of their lives outside the three hours each weekday we would spend with them, learning their stories, meeting parents, and beginning to understand the needs of the neighborhood… takes a long time.

Sometimes this work of creating authentic relationships felt insignificant as we played tag, painted rocks, or led the kids in exercises… but that was just what God was calling us to do. God was asking us to lean in, love, encourage, and ask questions in a way that brings life and joy. 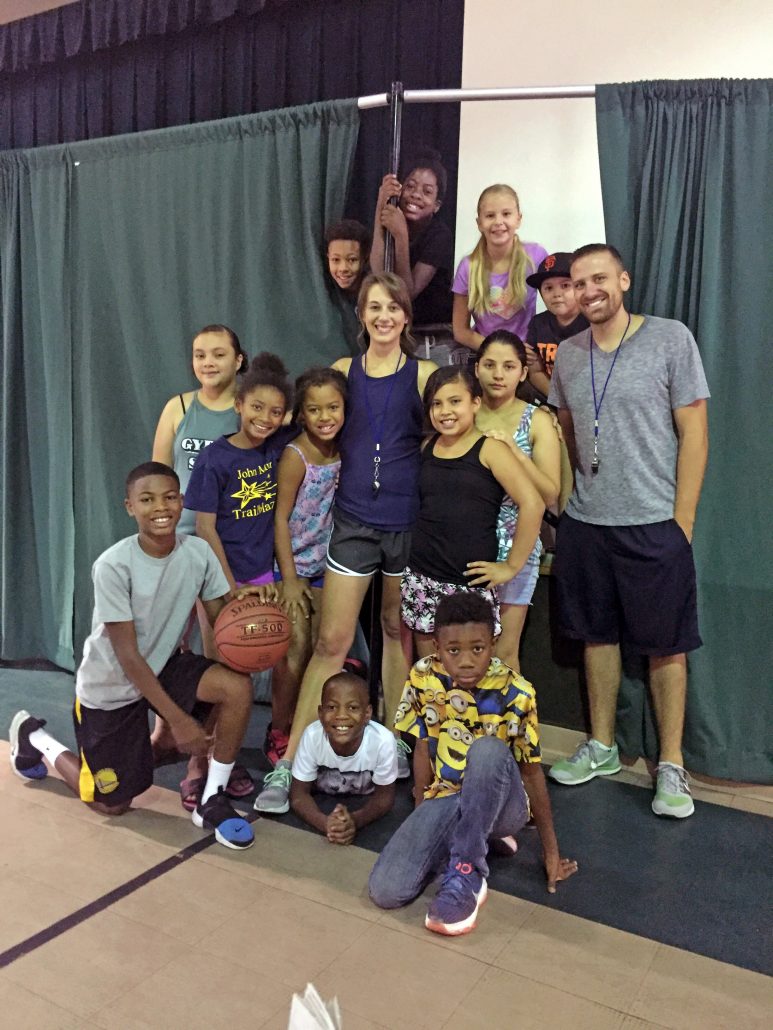 The mustard seed is a powerful seed. When the seed is planted, it grows underground for a period of time. When it finally sprouts, its growth becomes almost impossible to stop.

This is what Jesus was saying. The coming of the kingdom is in the small and seemingly insignificant—but it is powerful, strong, and unstoppable. In some moments we see the sprouting forth from the earth, giving us glimpses of the kingdom of God advancing. But in the meantime, this slow process is a pull on my heart to remain faithful in the work God is inviting us to lean into.

The kingdom of heaven is like… twenty kids playing toilet tag.

The kingdom of heaven is like… children singing to Beach Boys songs while shaking plastic egg maracas.

The kingdom of heaven is like… exercising to Moana—and giggling.

The kingdom of heaven is like… talking while making robots out of soup cans.

The kingdom of heaven is like… holding a child’s hand.

The seemingly small. Outwardly insignificant. This is where power lies. The seeds have already been planted… only God knows how much they are spreading.

The kingdom of heaven is like an ice cream cone, a masterpiece made of crayon and marker, that finds its forever home on a tan piece of construction paper. This small act of generosity and thoughtfulness shows that God is working in this little girl’s life. And to be honest… I almost missed it. How often do we miss the work of God in those around us? Or perhaps even in our own hearts? All because it sometimes feels small or insignificant.

A version of this article originally appeared here.