Senior M.Div. student Ruth Estell may be what’s called an “old soul,” but don’t be fooled by her mild manner.

Born to RCA missionary parents and raised in Taiwan, Ruth came to the States to earn her undergrad and graduate degrees from Wheaton College, and then returned to China to teach English.

Ruth with children from the group home in Taiwan

After ten years, she heard about an opportunity to work and live in a home for children and adults with disabilities in Taiwan. She jumped at the chance to do more ministry and Bible teaching.

In Taiwan, Ruth volunteered to teach an English Bible study in a men’s maximum security prison—with no guards in the room.

“At first I wasn’t so sure,” she admits, “but I ended up loving it. The men were very respectful and appreciated that I was willing to come there.”

She saw God at work, even witnessing some men get baptized and grow in their faith.

Ruth planned to take over for the director of the group home in Taiwan, but after a year and a half, the woman grew inexplicably hostile toward her.

Ruth started to believe the negative things her teammate was saying about her, and for the first time in her life, she doubted if God really loved her. She found herself in a downward spiral emotionally, spiritually, and physically. After praying about what to do, she knew she had to leave the mission field.

She returned to the U.S. to live with her mother, who had retired to Zeeland, MI. Their family had spent many summers on furlough in the RCA mission houses in Holland, so Ruth knew a lot of people in the West Michigan area.

“When I came back, I thought I was done serving God forever,” Ruth admits.“I would have been content to do whatever just to pay the bills.”

However, many people who knew her story were praying for her, and many reached out with love and support. Some shared their own stories of being hurt by brothers and sisters in the church.

A lot of healing took place, and Ruth realized that she still had a deep desire to serve God in her work. As she began to feel a call to chaplaincy, she knew she would need a Master of Divinity, and that led her to Western Theological Seminary.

Two and a half years later, Ruth is on track to graduate this May. She hopes to work as a chaplain in a retirement home or hospital.

“I am a third culture kid,” she says, “and Chinese culture respects the elderly, so perhaps that infiltrated my heart. I love the elderly.”

Two of Ruth’s internships have been at retirement homes, but she also completed a year of church ministry and one summer term of Clinical Pastoral Education at Pine Rest Christian Mental Health Services, where she worked with children and adolescents and at a women’s addiction recovery residential house.

“My abilities and confidence have grown,” she shares. “Children and adolescents are very honest. I have dealt with a lot of anger but also some very honest questions. You don’t always have the answers, but you can be there and listen to them.”

This year, Ruth is interning at Holland Hospital, where God is growing a love for the stranger in her. Many times she can only have one or two conversations with patients before they leave the hospital. 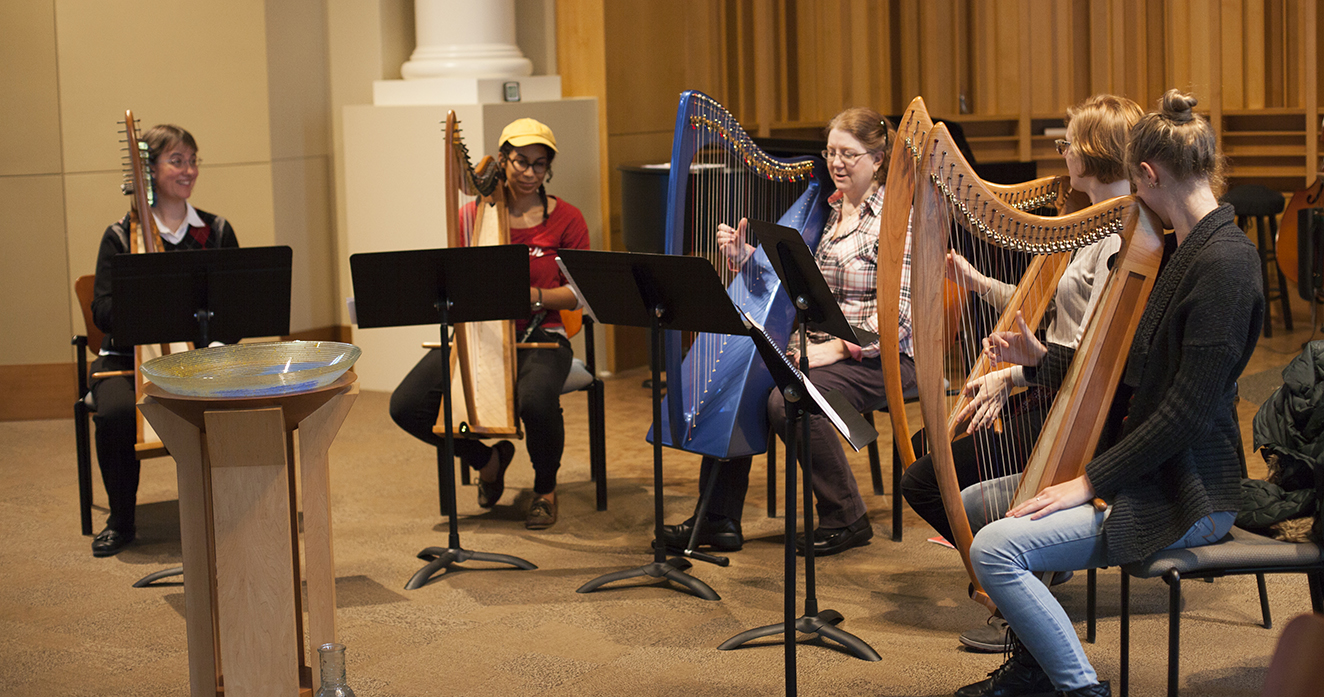 Ruth is part of a group of musicians that WTS professor Dr. Carol Bechtel is teaching to play the harp. At the hospital, Ruth plays the harp therapeutically—a ministry that can touch some patients and families in a special way. 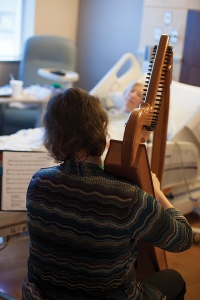 “One lady I visited was very formal when I went in as the chaplain. I could tell she highly respected the clergy,” recalls Ruth. “She thanked me for coming and asked me to pray but didn’t have much to say. Later I came in just to play the harp, and soon she started sharing about her diagnosis, how she was feeling, her family… More pastoral care was done when I wasn’t there as the ‘official’ chaplain.”

Other times, patients are unresponsive or restless, and the harp music puts a calm over the room and the family. Sometimes the music frees people to have a good cry.

“I can’t answer ‘Why would God let this happen?’ or ‘Why don’t I feel God’s presence?” but I can acknowledge feelings and encourage people to reach out to God,” Ruth says. “Sometimes I run out of words, and then the music lets them rest in that.”

If people come from a Christian background, hymns remind them of times God spoke into their lives. Recently a dying patient began singing along to the hymns Ruth was playing on her harp, creating a beautiful moment that touched the family deeply. Later they asked her to play at his funeral.

Being able to play the harp for people is a “tool in my tool box,” Ruth says. “It’s just another way to care for people.”

Ruth is also grateful for Dr. Suzanne McDonald’s classes on “Aging and Dementia” and eschatology. These classes have helped her to establish a theological foundation and to understand how to care for people at the end of life.

“What I like about Western is that it’s not all about heady, intellectual knowledge,” she shares. “The professors realize they’re preparing us for serving actual people. It has kept me humble.”

Thinking ahead to graduation, Ruth says, “I think chaplaincy will be a good fit for the passions and gifts God has given me. Retirement home, hospital, hospice…I’m open to wherever God might lead.”