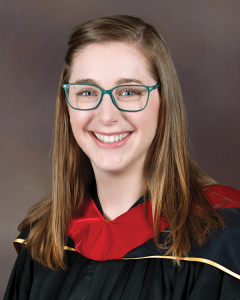 Like many of her peers, WTS alumna Katie Alley ‘19 had non-traditional ministry in mind when she started seminary. A recent article from Christianity Today cites a survey of 5,000+ seminary students in which almost 40% intend to serve in contexts outside the local church.

Katie had taken a job with a non-profit right out of college, but soon discovered it was not the right fit. She decided to return to the classroom to explore the deep love she had for God and the church. Western’s emphasis on formation, experiential learning, and internships set it apart from other seminaries. She felt it would be a good place to learn while trying on different hats to see what type of ministry might best fit her gifts.

During her first year, Katie interned with a community development non-profit. Although she learned a lot, she decided to try hospital chaplaincy the next year, hoping it would suit her better. However, her second internship at Holland Hospital didn’t feel quite right either. Although she was gaining confidence in her work, she didn’t particularly enjoy it.

Meanwhile, she had begun taking a preaching class and leading chapel—and she realized that felt most natural, even though the thought of pastoral ministry intimidated her. Not having grown up with female pastors, she hadn’t considered becoming a pastor until now.

Faculty members like Travis West and Kyle Small recognized Katie’s gifts of pastoral leadership and encouraged her to find confidence in herself and push through questions she still had. Pam Bush of the Formation for Ministry office came alongside Katie and helped her explore what intimidated her even as she continued developing her talents. Being an in-residence student gave her access to a group of classmates who were praying and rooting for her.

“At the beginning of seminary it felt like all my classmates knew what they wanted to do and were really confident,” Katie says. “I learned along the way that everyone was equally scared. Yet, it never felt like competition. We all wanted each other to be successful and discover what we were meant to do.”

After her second year of seminary and with the support of the community behind her, Katie felt ready to give pastoral ministry a try. She spent the summer at Second Reformed Church of Pella, IA under the direction of Pastors Steve & Sophie Mathonnet-VanderWell. There she got to preach, visit congregants, and see what it would be like to be on a team of pastors. 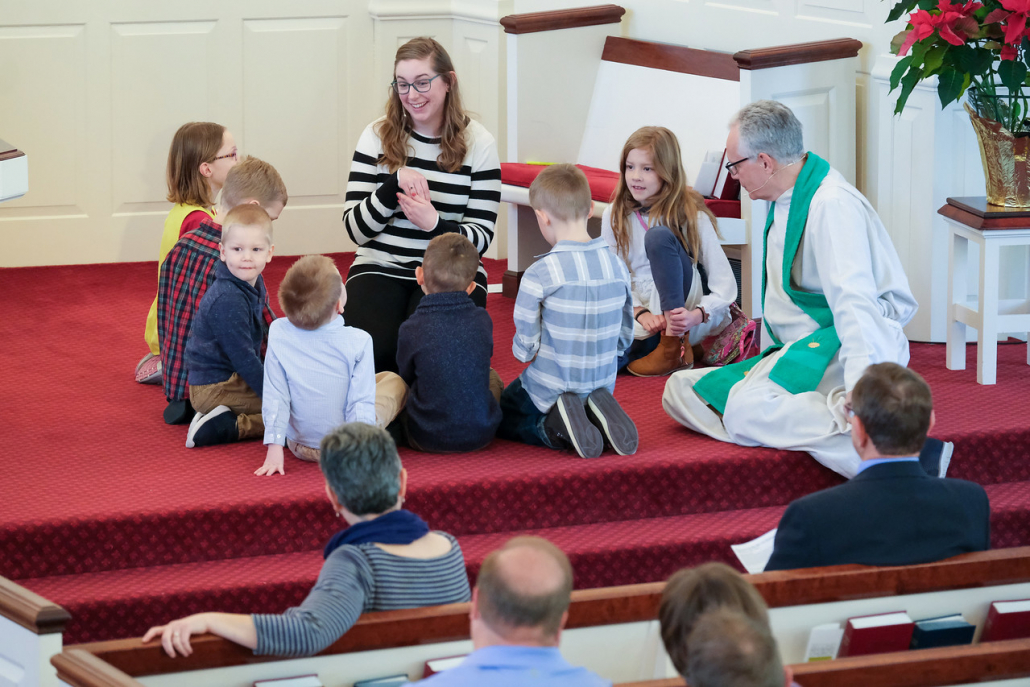 Youth Director Katie Alley talks to the children during the worship hour at Second Reformed Church of Pella, IA.

While the experience confirmed that she didn’t want to be a solo pastor, she knew she wanted to continue preaching—and when she found out the church’s youth minister took a different call, the opportunity opened to come back full-time after graduation.

As Katie settles into her calling, she realizes that the process of trying different things helped her feel more confident when she finally landed. She appreciates the formation for ministry process at WTS that allowed her to find the best fit for her gifts of ministry and then develop those abilities.

Having a team around to encourage, disciple, and speak truth to Katie was important in seminary and continues to be so. In addition to her ministry team at Second Reformed, she keeps in touch with professors and classmates, many of whom are also in their first calls.

Just like her path to pastoral ministry was unexpected, she knows that the work of ministry will be full of twists and turns.

“Some days are filled with trying to write a sermon that’s not coming; some days I’m visiting people,” she says. “I don’t know what new challenge each day will bring, but as my classmates and I start out, I’m really grateful we have a support system to cheer each other on.” 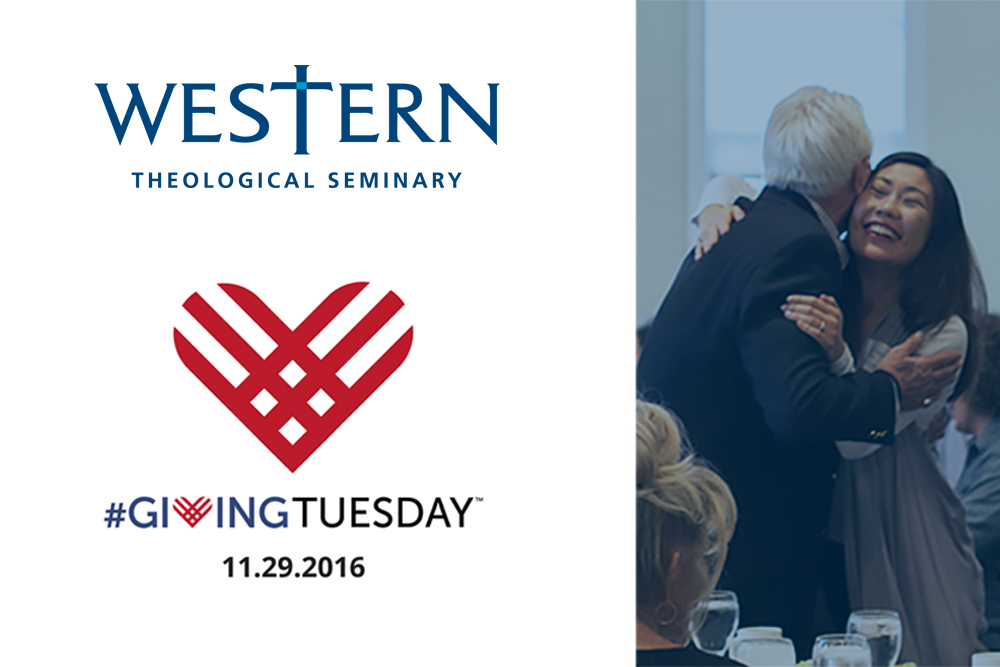 At Western Theological Seminary, we are called to raise up leaders in the church.

It costs us $28,705 to educate ONE in-residence student for ONE year, but the student is responsible for just $13,760 (before scholarships).

The reason we can afford to keep costs so low is because of generous supporters like YOU!

Will you partner with us this #GivingTuesday (November 29) to send ONE student to seminary by raising $14,945?

Together, let’s keep costs low for our future pastors and leaders in the church.

Mark your calendars for November 29th, and give here! 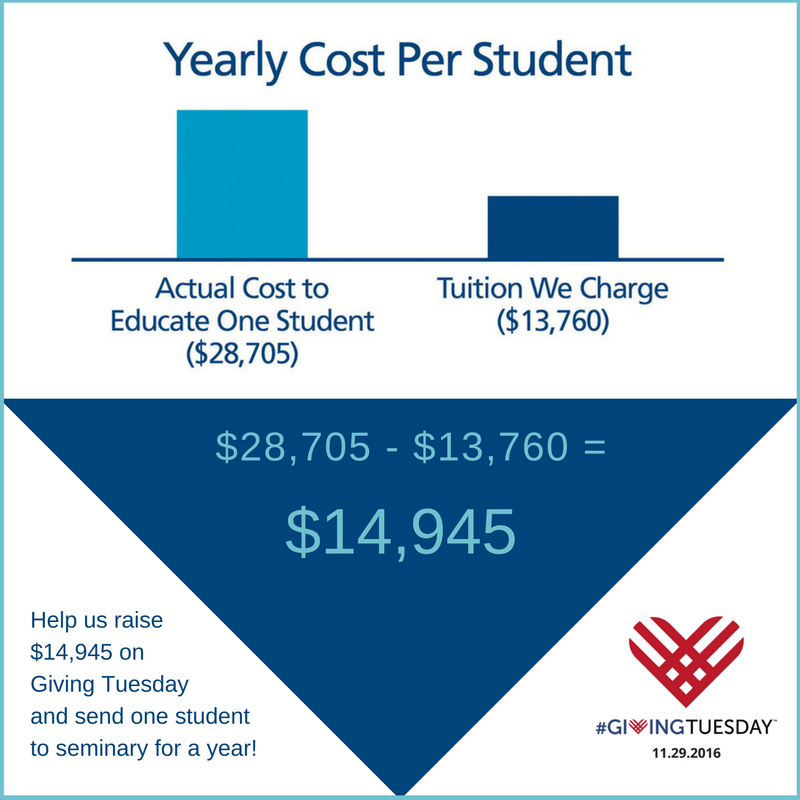 #GivingTuesday is a global day of giving fueled by the power of social media and collaboration.

Celebrated on the Tuesday following Thanksgiving (in the U.S.) and the widely recognized shopping events Black Friday and Cyber Monday, #GivingTuesday kicks off the charitable season, when many focus on their holiday and end-of-year giving.

Hear from student Emily Scatterday Holehan about her call to ministry:

Hear from student Mark Mares about his call to ministry: