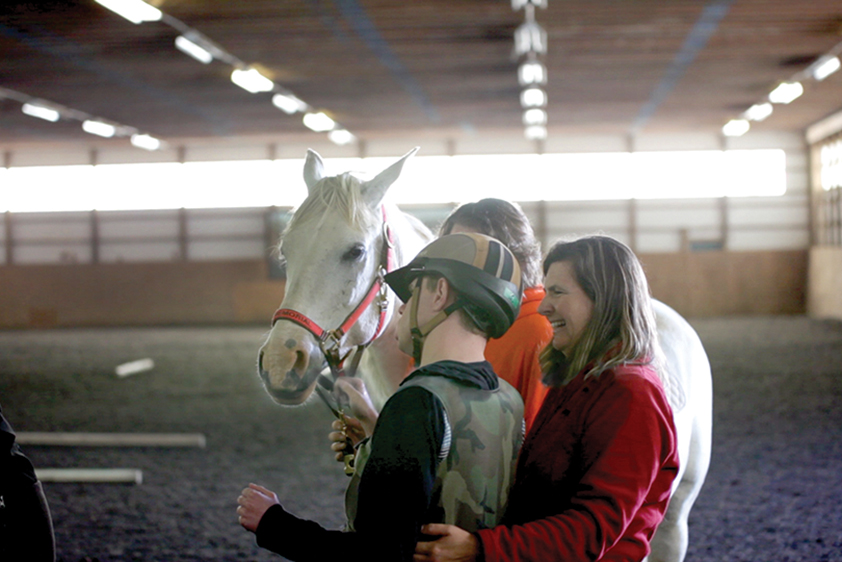 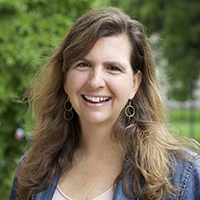 Friendship House Director Melissa Conner has been intentionally ministering to and with people with disabilities for many years, along with her husband, Dr. Ben Conner, associate professor of Christian discipleship at WTS.

Melissa’s passion for those with disabilities began early in their marriage. While Ben worked as a youth pastor and later as a staff member with Young Life in Williamsburg, VA, Melissa worked alongside him as a partner in ministry.

“In Ben’s first job 25 years ago, we had a boy in our youth group with a cognitive impairment,” she recalls. “We loved him as best we could, but we really had no clue how to include him or involve him. There was no training.”

As she got involved in the Mothers of Preschoolers (MOPS) ministry at her church, Melissa heard more about the struggles of kids with disabilities. When her own son needed therapy, her eyes opened further.

“I began to see horses as a partner in serving people. I had never seen them in that light before,” she says.

While Melissa worked at the riding center, Ben worked on the staff of Young Life Capernaum—the branch of Young Life specifically catered towards youth with disabilities.

“He volunteered at the riding center and I volunteered with Capernaum, doing things together as much as possible,” she explains. “We tried to create a community and encourage friendships to extend beyond the isolation felt by a lot of families with disabilities.”

As they interacted with families, Melissa learned that as children with disabilities grow to be adults, often there are fewer avenues for recreation and for friendship. Even churches were not meeting needs of that community.

“That’s when I was compelled to purposely reach out to that population,” she says. “They have the same needs to be cared for in the context of a relationship, with someone they trust, with someone who takes the time to get to know them. They deserve the same chance to be a part of the church, the community of believers, and to grow in their faith. But they need to be reached in a way they can understand and that makes them feel safe.”

The Conners also realized that communities and churches were missing out by not including those with disabilities.

“We felt so blessed by them. Whether someone had a physical or cognitive impairment, they had a unique perspective, friendship and something to give,” Melissa explains. “We were greatly enriched by having people of different abilities in our lives and in our home.”

When the Conners moved to Holland in 2013 for Ben to teach at WTS, they immediately looked for ways to serve the disabled community.

Melissa began serving at Renew Therapeutic Riding center, conveniently located across the street from her home. During her time there, the number of riders has more than doubled, the volunteer base has grown, and a capital campaign was launched and successfully completed. They now have an indoor heated arena and barn for year-round riding, as well as a hydraulic lift for those in wheelchairs or in need of extra physical support.

She also serves on PATH International’s faculty as a lead evaluator and chairs the Riding Certification subcommittee.

In the fall of 2014, WTS hired Melissa to direct the Ralph and Cheryl Schregardus Friendship House, the on-campus residence where seminary students live in apartments with young adults with cognitive impairments.

Last fall, Melissa was invited to join the Friendship House Partners USA board of directors. The non-profit started by Western’s former Dean of Formation, Dr. Matt Floding, helps to spread and implement the model of Friendship House to other communities.

The Friendship House at Vanderbilt is spearheaded by former WTS professor Jaco Hamman. The model of their Friendship House is a little different because the apartments are all one-bedroom and the complex is not on the campus of Vanderbilt. A married couple serves as resident directors to promote community and inclusive living within the house.

At Duke Divinity School, the model is similar to the Friendship House at Western. There are two duplexes, one for men and one for women. The apartments are set up so each friend has a personal room and bathroom, and the three roommates have their own bedrooms and a bathroom to share.

“There is interest in this type of model on many different levels,” Melissa shares. “I get phone calls from people quite regularly. It’s an innovative way of living.”

She is excited for the Ralph and Cheryl Schregardus Friendship House to be featured during this year’s Summer Institute on Theology & Disability in May, and she also plans to enroll in Western’s new Graduate Certificate in Disability and Ministry program.

“I love that Western is creating this new program. I think it is so important, and I want to be able to promote it and learn from it myself,” she says.