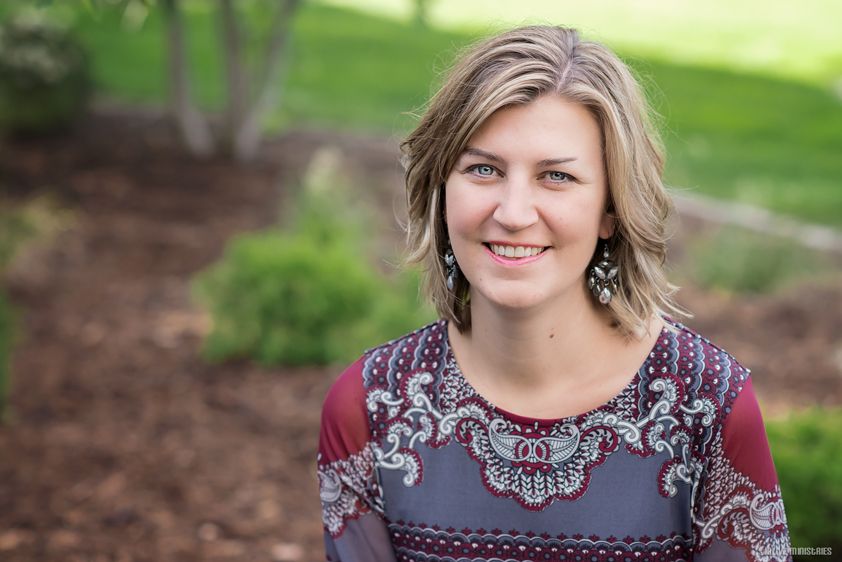 Marcia Bosma, a first year M.Div. student at Western Theological Seminary, is one of 12 seminary and divinity school students chosen by FASPE (Fellowships at Auschwitz for the Study of Professional Ethics) to participate in a two-week program in Europe this summer that uses the conduct of the clergy in Nazi Germany as a launching point for an intensive course of study on ethical issues facing religious leaders today.

FASPE is an innovative international program for students in five professional disciplines (business, journalism, law, medicine, and religion) designed to address contemporary ethical issues in their chosen fields through a unique historical lens.

“I am honored and excited to engage with the FASPE seminary fellows in interfaith dialogue,” Marcia says. “I also hope to be equipped to wisely and effectively speak truth into the different ethical issues of our day in light of the lessons learned from the Holocaust and the roles clergy played during that time.”

FASPE is predicated upon the power of place, and in particular, the first-hand experience of visiting Auschwitz and other historic sites associated with the Holocaust, where Fellows consider how to apply the lessons of history to the ethical challenges they will confront in their professions.

Pre-World War II professionals in Germany were known and respected internationally. Yet, leaders and practitioners in the professions played a fundamental role in designing, implementing, and enabling the crimes of Nazi Germany. FASPE examines the roles played by professionals in business, journalism, law, medicine, and the clergy in Nazi Germany, underscoring that the moral codes governing these essential professions can break down or be distorted with devastating consequences.

Over the course of 12 days, Marcia will attend lectures and participate in seminars run by leading scholars. The program integrates historical, cultural, philosophical, and literary sources; survivor testimony; and workshops in Berlin, Auschwitz, and Krakow.

The 2016 FASPE Seminary program will be led by Rabbi James Ponet, the Howard M. Holtzmann Jewish Chaplain at Yale University, and Father Kevin Spicer, the James J. Kenneally Distinguished Professor of History at Stonehill College and author of several publications on the role of Christian clergy in Nazi Germany.

Marcia joins a group of 63 FASPE Fellows who represent a broad range of religious, ethnic, and racial backgrounds, and who were chosen through a competitive process that drew over 700 applicants from around the world.

Marcia, who holds a bachelor’s degree in nursing from Calvin College and a master’s in nursing from Seattle Pacific University, worked as a nurse for 13 years prior to deciding to enter the ministry. Her work providing foster care for a Muslim teenager from Pakistan led her to develop a keen interest in interfaith dialogue.

FASPE Seminary Fellows, along with the Medical Fellows, will begin their program in Berlin on Sunday, June 19, 2016. In Berlin, the program includes museum visits, meeting with a Holocaust survivor, and attending educational workshops at the House of the Wannsee Conference, the site where representatives of State and Nazi Party agencies convened in 1942 to discuss and coordinate plans for the Nazis’ “Final Solution.”

The Fellows then travel to Oświęcim, Poland, the town the Germans called Auschwitz, where they will work with the distinguished educational staff at the Auschwitz-Birkenau State Museum. Sessions devoted to contemporary ethics will take place in seminar rooms at Auschwitz and at Jagiellonian University in Krakow, one of Europe’s oldest and most prestigious universities. The final leg of the trip will be held in Krakow, Poland, where Fellows will explore the city’s rich Catholic, Jewish, and Polish history.

After the program, each Fellow will submit a final written essay focused on a contemporary ethical issue of his or her choice. Select essays will be published in the annual FASPE Journal, which showcases essays in all five disciplines.

“FASPE is committed to a long-term relationship with Fellows in order to sustain the ideas raised during the program. FASPE fosters an active network of alumni and provides a variety of opportunities for Fellows to exchange ideas and to meet to continue the dialogue started during our trips as they move forward in their careers,” said Thorin R. Tritter, FASPE’s Managing Director.

FASPE works in cooperation with the Museum of Jewish Heritage—A Living Memorial to the Holocaust, New York City; Jagiellonian University, Krakow; House of the Wannsee Conference, Berlin; and the Auschwitz-Birkenau State Museum, Oświęcim, Poland. To view a video about FASPE, visit www.FASPE.info.

Lead support for FASPE is provided by C. David Goldman, Frederick and Margaret Marino, and the Eder Family Foundation. FASPE is also supported by the Conference on Jewish Material Claims Against Germany, and other generous donors.