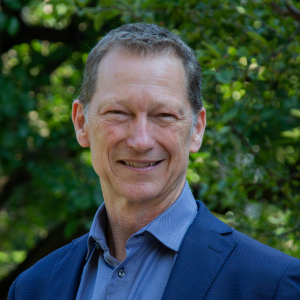 David L. Stubbs was born and raised in Los Angeles. After receiving B.S. and M.S. degrees at Stanford University, David worked as a seismic engineer in San Francisco. While pursuing his engineering career, he also worked full and part-time in churches and ministries and eventually decided to change paths, go deeper in his faith, and explore his call to ministry.

He received a M.Div. from Princeton Theological Seminary and a Ph.D. in theological ethics from Duke University and then settled into a professorship of ethics and theology at Western Theological Seminary in Holland, Michigan. He is an ordained Minister of Word and Sacrament in the PC(USA), for many years acted as co-chair of the Christian Systematic Theology Section of the American Academy of Religion, is a member of the Society of Christian Ethics and and has worked on many committees on the local and national level for the PC(USA).

He is currently co-directing the Hope-WTS Prison Education Program, excited about the recent publication of his book, Table and Temple, participating in the latest round of the Reformed – Roman Catholic ecumenical dialogue, and is starting a new research project on Christian virtues. When not working on theology and ethics, he loves being in the great outdoors, making music, cooking with his wife Lynn, and sipping a good cup of coffee.

“Christian ethics and theology are about making connections—connections between the patterns of God’s activity, the shape of our living, and the patterns of our thinking. What a privilege it is to help students at Western better discern those connections. Students must develop such discernment as they prepare to lead the people of God further into ways reflective of God—and as they learn to protest and strive against ways within our church and society that are not.”