When Ruth Fitzgerald did a Google search for “distance learning” the week of Christmas 2002, Western Theological Seminary came up on her computer screen. The program hadn’t even begun, but she was interested and made an appointment to meet the director.

Dan DeVries was living in NW Iowa, and the only seminary nearby was North American Baptist Seminary in Sioux Falls. He tried a couple of classes—a 65 mile drive—but he dreaded the thought of winter. Besides, he’d have to take more classes through MFCA to get ordained. The summer of 2003 he went to General Synod and learned that WTS was rolling out a distance learning M.Div. “That’s it!” he said.

Larry Karow considered going to Calvin, but they pointed him in the direction of Western’s new DL M.Div.

“I wouldn’t have gone to seminary if it hadn’t been for distance learning,” Scott Nyp says. “I didn’t want to uproot my family.” The pastor of the church where Scott was serving knew about the new M.Div because he served on Western’s Board. He encouraged Scott to apply.

These four became part of Western’s first entering class of distance-learning students. Fourteen students enrolled, and eventually nine would graduate in May of 2008.

The program began online in November 2003 using message boards.The students introduced themselves over the internet, so by the time January intensives rolled around, they were eager to meet face-to-face. The year included 2-week on-campus intensives in January and May.

“Those first intensives were heavily scheduled,” explains Ruth. “We had breakfast, lunch, and many times dinner together, and then we had homework for the next day.”

Yet, the unexpected happened. The unchartered territory of an “online community” became common ground where a cohort of students bonded together into friendships that continue to this day.

“The relationships were the biggest blessing to me,” says Scott.

As a new program in an era when very few seminaries were offering online education, the DL M.Div. had glitches and adjustments.

“The hardest part was that every time we came to an intensive, something had changed—some requirement, deadline, things shifting around,” says Ruth. 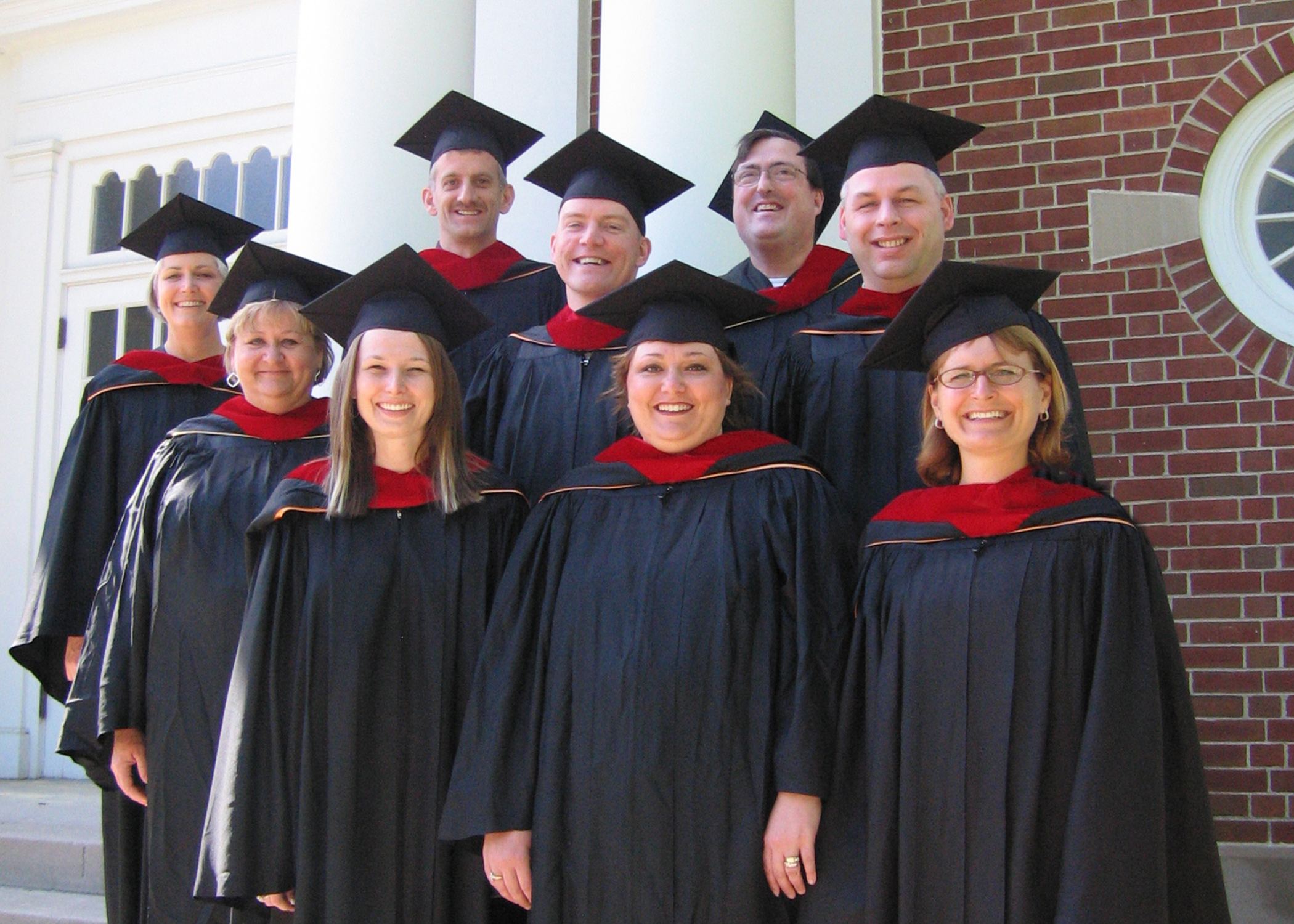 “Laying the sidewalk as we walked,” Dan adds.

They understood that the seminary hadn’t done this before, and that the program would have its share of surprises. They noticed many of the faculty found it difficult to learn a completely different way of interacting and engaging students. They were usedto teaching face-to-face.

“Now I’m sure they’re all old pros at it!” Scott laughs. “At the time, though, I lamented that we didn’t have the neat bond with professors that in-residence students had.”

Even though Ruth and Larry came from denominations other than RCA, they didn’t feel out of sync with the professors.

“My professors allowed me to write my papers from a Wesleyan standpoint without making me feel like the theology was wrong or inferior,” says Larry. “Being at Western was a very welcoming and encouraging experience for me.”

Of the nine DL graduates, eight are still in ministry, defying the odds of burnout in the first five years after graduation. They believe it is because they had “been through the fire” for many years in full-time ministry before coming to seminary. They are now serving in Reformed churches, a Methodist and UCC church, and an international ministry.

Western’s venture into online education has given hundreds of students access to theological education since its humble beginnings in 2003. This year, 58% of our M.Div. and M.A. students are earning their degrees via distance learning.