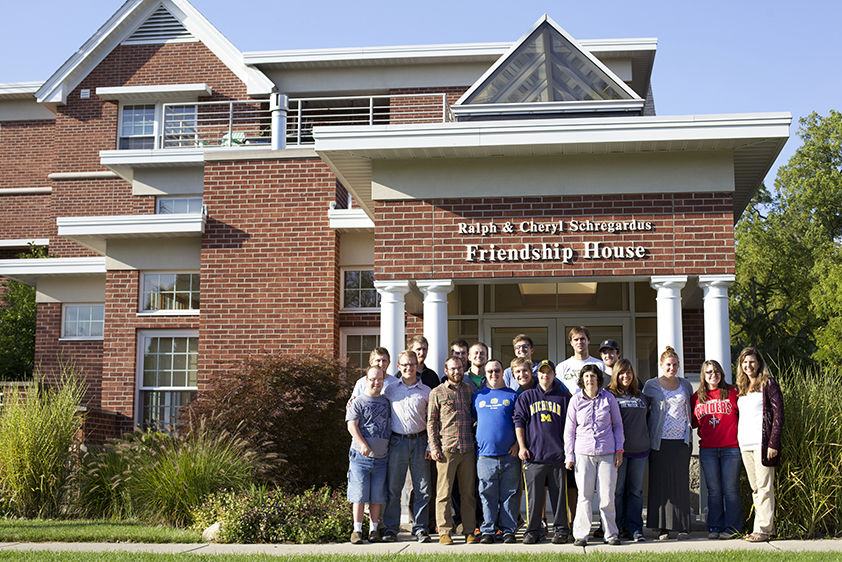 In 2007, the Ralph and Cheryl Schregardus Friendship House at Western Theological Seminary became the first seminary housing of its kind. Friendship House is a pod-style apartment complex where 18 students live alongside six young adults with cognitive disabilities, and the partnership has led to astounding results.

Friendship House gives the six Friends an opportunity to live independently and work in the community, while the seminarians get the opportunity to learn what it means to live alongside someone with a disability. We at Western Theological Seminary would be diminished without the presence of our Friendship House Friends. They have enriched the lives of seminarians and given us a deeper appreciation of all people and a deeper understanding of what it means to be human.

In 2018, the six “founding” Friends graduated. They transitioned to new living arrangements and have made room for new Friends to come live at the house. New Friendship House Director Carlos Thompson will be living at Friendship House and serving on the faculty of WTS as a Nouwen Fellow for 2018-2020.

The Friendship House has inspired other seminaries to create similar communities. Duke Divinity School started their own Friendship House in 2013, which was followed by others at Vanderbilt and George Fox University, another in Fayetteville, NC and soon, one at the University of Aberdeen in Scotland.

Click play to hear about Friendship House from those who know it best: