This panel will bring together scholars and pastors from around the country who have written about the challenges and opportunities in developing a theology of singleness for the church. With adult singleness at historic highs in the American context, this is a pressing issue on both practical and theological levels. Please join us!
Welcome given by Dr. Todd Billings
Panel moderated by Dr. Trygve Johnson
The panelists: 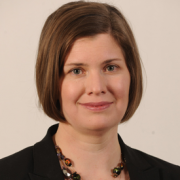 Dr. Jana Bennett (pronounced Yanna) is Professor of Theological Ethics in the Religious Studies Department at the University of Dayton. She holds a PhD from Duke University, where she studied with Stanley Hauerwas and wrote her dissertation, published as Water is Thicker than Blood: An Augustinian Theology of Marriage and Singleness (Oxford, 2008). Her most recent books include a co-edited book (with David Cloutier), Naming Our Sins: How Recognizing The Seven Deadly Vices Can Renew the Sacrament of Reconciliation (Catholic University of America Press, 2019), as well as Singleness and the Church: A New Theology of the Single Life (Oxford, 2017). She is married with three children. Despite being married, she is intensely interested in conversations about Christian singleness because the church universal cannot be wholly the Body of Christ with attention to, and celebration of, the many single people in its midst. 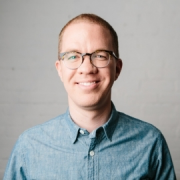 Dr. Wesley Hill is associate professor of biblical studies at Trinity School for Ministry in Ambridge, Pennsylvania. He is the author of Washed and Waiting: Reflections on Christian Faithfulness and Homosexuality (Zondervan, second edition 2016), Paul and the Trinity: Persons, Relations, and the Pauline Letters (Eerdmans, 2015), and Spiritual Friendship: Finding Love in the Church as a Celibate Gay Christian (Brazos, 2015). His book on the Lord’s Prayer is forthcoming in 2019 from Lexham Press. A contributing editor for Comment magazine, he writes regularly for Christianity Today, The Living Church, and other publications, including SpiritualFriendship.org which he co-founded. 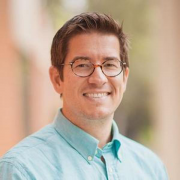 Dr. Matt Jenson is Associate Professor of Theology in the Torrey Honors Institute at Biola University in La Mirada, CA.  Dr. Jenson teaches across the humanities and biblical and theological studies in a Socratic pedagogy, closely mentoring students throughout their four years. Having grown up in southern California, Jenson holds a B.A. in literature and philosophy from Wheaton College and a Ph.D. in systematic theology from the University of St. Andrews (Scotland), where he was part of the Institute for Theology, Imagination and the Arts. He is also ordained in the Evangelical Covenant Church. According to Dr. Jenson,  “…the great surprise of my life — and a part of my life that has brought much sorrow, anxiety, and, thanks be to God, real transformation — has been that I remain single at 43. Single, and now dating (what a strange thing to do in your 40s), so I am currently experiencing these questions neither as someone who is single and knows he will remain so nor as someone who is married.” 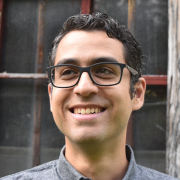 Rev. Steven Rodriguez is the pastor of Lakeview Community Church in Rochester, New York, a congregation of the Reformed Church in America. He has been married to his wife Joanna for thirteen years, and they have three young children. He is currently working on a book with his friend, Rev. Kevin Slusher, on how marriage and celibacy both witness to the cross and the new creation in Christ. 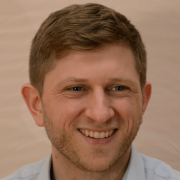 Rev. Kevin Slusher is an ordained Minister of Word and Sacrament in the Reformed Church in America. For the past five years he has served as pastor of the Reformed Church of Port Ewen in Port Ewen, NY. He blogs at kevinslusher.com. As a gay and celibate Christian he has also contributed to Spiritual Friendship. Some of his favorite theologians, and those most influential for him are: Augustine, Barth, Bonhoeffer, and W. H. Auden, among others. For his book project with Rev. Steven Rodriguez, Peter Brown and Eugene Rogers have been significant interlocutors as well.

This event is co-sponsored by the Gordon H. Girod Chair of Reformed Theology at WTS and the Hope College Campus Ministries Office